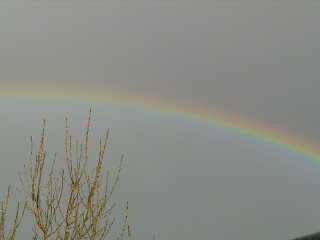 The first question asked was ‘What do you mean by failure, students not learning?’ followed swiftly by ‘Are we talking teacher or student failure?’
This talk was initiated by the amusing Failure Fest at IATEFL 2013; however, our purpose in discussing the topic was to find ways to learn from our genuine mistakes in order to become better teachers, or to promote more efficient learning.Reply RT Favorite

@Marisa_C offered to share a post from her DELTA blog http://t.co/fIHlRA8wPJ ‘Teacher successes & failures'
Failure?
@ColinTGraham
If you go through your teaching career
blithely thinking that everything you do is
‘OK’, then that is the big fail!
@ColinTGraham: The concept of "failure" depends on the criteria you set for success, so maybe it's
about that to begin with. Perhaps it is not setting yourself some kind of measurement of ‘successes’ (more
than 1) before you go do a lesson.  Does it equate to ‘You did not achieve this particular standard, or
match this particular criterion? He prefers to think that things didn’t go as planned, rather than see them as
failures. @vickyloras agreed that avoiding the ‘fail’ word was a positive step- as teachers can be
surprisingly good at self-flagellation, and don’t need any encouragement!
@haniehak thought that the word failure was too strong.
@Shaunwilden thought that it was just semantics- the result is the same. @Colin felt that the idea of pass/fail was binary and that ‘less successful’ allowed you to take something positive away.
@Marisa_C tends to use ‘unsuccessful’ when grading individual teacher’s lessons.
@KatySDavies felt that failure is a bigger picture than just individual lessons. She thought that if  the main
criterion is meeting your students' needs, then if they are not met, 'failure' is justifiable,.
@Marisa didn't like the idea of it being associated with any type of belief /doctrine.

@SueAnnan thought that many mistakes were simply the result of inexperience. Perhaps the mistakes at
the beginning of a teacher’s career are not the real issue- as @Katie said: if you get to the end and realise you didn't spot those mistakes or learn from them = failure?
Mistakes keep us on our toes, so we don't become complacent.
@VincentOConnor said that we are not always able to predict what will work in the classroom, as
lessons we see as failures often provide good learning opportunities for our students, and those we expect will work well, don’t. Much of this can be put down to experience, but there are a number of elements to
take into consideration.
@esolcourses said that we need to consider that factors outwith our control can be the reason for things
going wrong.
The Ideal teacher?
@Marisa_C:
Does the word 'failure' stem from some kind of idealised teacher model we carry in our head?
@theteacherjames was set against the idea of measuring yourself against an ideal. He suggested   that the best thing was to learn to be yourself. @KatySDavies believed that the image changed as we became
more experienced, making it impossible for us to be satisfied anyway. She also thought that it was
important to be aware of how much our own personality will influence our teaching style.@james agreed, and stated that things had had to fall into place before he realised this in his own case. @shaznosel thought that your character and goals also had a part to play.
@LizziePinard pointed out that the more you learn, the more you become aware of how much there's still
to learn… :-) @KatySDavies suggested it's like the rabbit hole in Alice in Wonderland… every question
you answer seems to open up ten more.

Who is brave enough to share their mistakes?
This post from @KatySDavies http://t.co/xf2XelKlii is a good place to start, or take a look at the
#ELTchat Blog Challenge on the topic: http://t.co/elKGYal5dW

Reply RT Favorite
Reply RT Favorite
@MarjorieRosenbe:  I once tried to explain future tenses using examples in a course book and ended up
confusing the students and me. I never did that again! Other things going wrong include forgetting
materials, games etc. for class.

@VincentOConnorI often feel my set up is rushed, or that I presume my students know where I'm going with an activity, even the ones I know well!!
Reply RT Favorite

@MarjorieRosenbe: Anyone fail with a group for whole semester? Happened 3 years ago but
The group was problem for all at college

@theteacherjames: Sometimes it can take a long time to realise you made a mistake, maybe
even years, as I discovered: http://t.co/IOXBy1TryD

@ColinTGraham: New situations always seem to be the 'breeding ground' for a sense of failure - start of course, new text, etc. This was refuted by @theteacherjames , who is experiencing this at the moment and enjoying the new experience.
·Reply RT Favorite
Reply RT Favorite
@shaznosel: As Katy mentioned in her blog-failure is not what we think we did/n't do. It’s whether we did/n't do it for our learners. Did we fail them? Reply RT Favorite

Learning?
@esolcourses acknowledged that making mistakes was okay, as long as you learned from them. Many of us agreed that we learned more from our own/ colleagues/trainees mistakes than from great lessons.
@hartle agreed that failure leads to learning and thought that ‘perfection’ signified ‘finished’, with nowhere else to go and nothing left to learn.
@theteacherjames: I'm always telling my students-it is okay to make mistakes, that’s how they learn. It would be a bit strange if I didn't say the same to myself.
@ColinTGraham: In my maths teaching, I like to encourage error-making, because it becomes a
learning/teaching opportunity.
@Shaunwilden didn’t feel that this was a good idea to encourage, but @Colin explained that it was about creating a learning environment where it is okay to be wrong. He felt that mistakes were a good thing if handled correctly.
@hartle often the "failure" to do an activity as "planned" can lead to fascinating new adaptations of
materials etc. This was agreed by @fedeanna1 when she said: Failure could be a new starting point. We
cannot always control what stands outside us

@ Marisa_C suggested that we should always ask questions if we feel dissatisfied with a lesson or activity, even without a set of preset criteria. @haniehak thought that we could do that before going in to class,
which would give us a selection of alternatives should things not go to plan.

@AlwaysCharlie wanted to know how many mistakes were accepted per class. He said that he makes more when he is tired, which is probably true for the majority of us. @theteacher james thought that there were normally mistakes of some description made in class, or, in his words,
‘something fishy’ was going on. @haniehak thought that the number wasn't important provided we didn't continue to make the same mistakes the following time.
@esolcourses believed that if you aren't making mistakes you are probably not venturing outside your
comfort zone.
@ColinTGraham: I would be worried if I came out of a lesson without having something I wanted to
change or improve - everything OK? = fail for me

As @Marisa_C commented: in ELT it's hard to know if no learning at all took place - maybe OTHER
learning happened – it has more to do with us.

@ColinTGRaham also worried about whether students always learned what the teacher intended in what appear to be successful lessons. He told us about a situation: Colour the nouns red, the verbs green, etc... "What did you learn today?" "Colouring"...!
@esolcourses agreed that having a lesson go to plan doesn’t necessarily mean that much is learnt
Reflection? 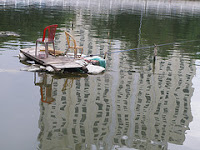 @theteacherjames brought up the topic of reflection, as a key to development.
@ColinTGraham noted that reflection is built in as part of an action research cycle.
@KatySDavies agreed that the worst failures occurred when the
teacher hadn’t reflected on what had taken place in the classroom.
@Marisa_C asked whether reflection should be recorded. Does it work as well if it is not done?
@esolcourses: I record really successful lessons and howlers and
analyse them in depth, to try to pin down what worked and what didn't.
@vickyloras thought that recording reflection meant that it could be revisited and analysed.She mentioned
that we might not remember exactly how things unravelled, or might perhaps focus on the wrong things.
@MarjorieRosenbe: I think we remember better what we do wrong than what we do right.
@ColinTGraham thought that we remembered doing something wrong, rather than the error itself.
@hartle: often we remember the emotive reaction to a situation that went wrong, and have to  distance
ourselves before we can identify the problem.
@LizziePinard thought that you would be able to use your record to see progression taking place.
@SueAnnan mentioned a course she had completed, which included a weekly reflection post. @Shaunwilden suggested that the method of publicly reflecting didn't suit everyone, although @KatySDavies thought that the discipline of a regular time could work well- it could be weekly, or monthly. Both @LizziePinard and @theteacherjames suggested that finding whatever worked best for you was the important thing to remember.
@Marisa_C said that we have our own learning curve, just as our students do, and reflection fits into our
internal learning rhythm

@Marisa wondered whether there should be a structured checklist of some kind, but then who would
make the checklist? She mooted the idea of simply using a column next to some lesson notes. The
simplicity of that idea rang a bell with @LizziePinard who thought that even just noting down 3 things
which went well/ badly would be easy to do. She determined that it would work as a reflective aim for her own CPD, with a blog post from time to time to see whether she could notice patterns emerging.
@haniehak thought that a personal checklist would work, as each teacher could then concentrate or their particular strengths and weaknesses.
@hartle: not sure about "structured" could become too rigid: each teacher can find their own way.  The
important thing is to do it
@ColinTGraham Self-assessment goes wrong if you don't accept that you can't control everything and maybe need to focus on one or two things only
First we need to learn awareness, and then we will be a position to benefit from the methods
available and will recognise the benefits inherent in a supportive staffroom.
And for Training courses?
@Marisa_C encourages and rewards structured reflection on her CELTA and DELTA courses. This
is something which is encouraged on the Cert. and DipTESOL too.
@theteacherjames enjoyed this aspect of his own CELTA course, but thought that some of his
course-mates were ‘self-flagellating’, focussing on the negatives, rather than the positives.
@Shaunwilden thought that trainees try to pre-empt the ‘what went wrong’ feedback, and therefore
forget  to note the positives. All trainers need to stress the need for positive feedback as well.
@SueAnnan thought that the wording on the template used for feedback and reflection could be part of
the solution. Trainees need to learn how to reflect and as @LizziePinard noted, the framework is useful in the beginning, but they should be encouraged to find the best way for them personally.
Blogging about it?
@Marisa_C and @Shaunwilden thought that a blog was a good way to keep a reflective diary.
They suggested that anyone who felt threatened by the idea of confessing their failures in public
could keep their blog private, until they were ready to share.
@theteacherjames said that was the reason he blogged, but @ColinTGraham didn't find blogging
helpful and thought it should be down to personal preference. He suggested that having two or three outlets for reflection would be better.


And to finish…
@dianatremayneI know the theme is teachers but I used this video with my learners to show the
importance of failure http://t.co/QXFsP71nJl #eltchat
Reply RT Favorite