#ELTchat Summary for 12th February 2014 Use of students’ mother tongue in the EFL classroom: taboo or just good sense?


Use of students’ mother tongue in the EFL classroom: taboo or just good sense?” It seems there’s some revival of acceptance of using students’ own language in teaching a foreign language, of integrating translation into L2 acquisition, and of questioning the ‘all English, all the time’ direct method. How can we help teachers integrate students’ L1 into L2 learning in a principled way?

A long title, and a very popular one as far as the many participants were concerned.
I was doing my first stint as a new moderator, and the discussion was fast and furious.

Was the topic tonight more about teachers using their students' L1 or about
students using it, or about both?
This was a good question and we tried to answer it from both points of view.

PetsNet suggested that teachers actually feel positive about L1 use in class, but this was disputed by HanaTicha who wasn't in favour of it, mitchefl, who was against it in theory, and David__Boughton who was completely against it.
Agreement  from the others seemed to depend on the purpose to which it was put. 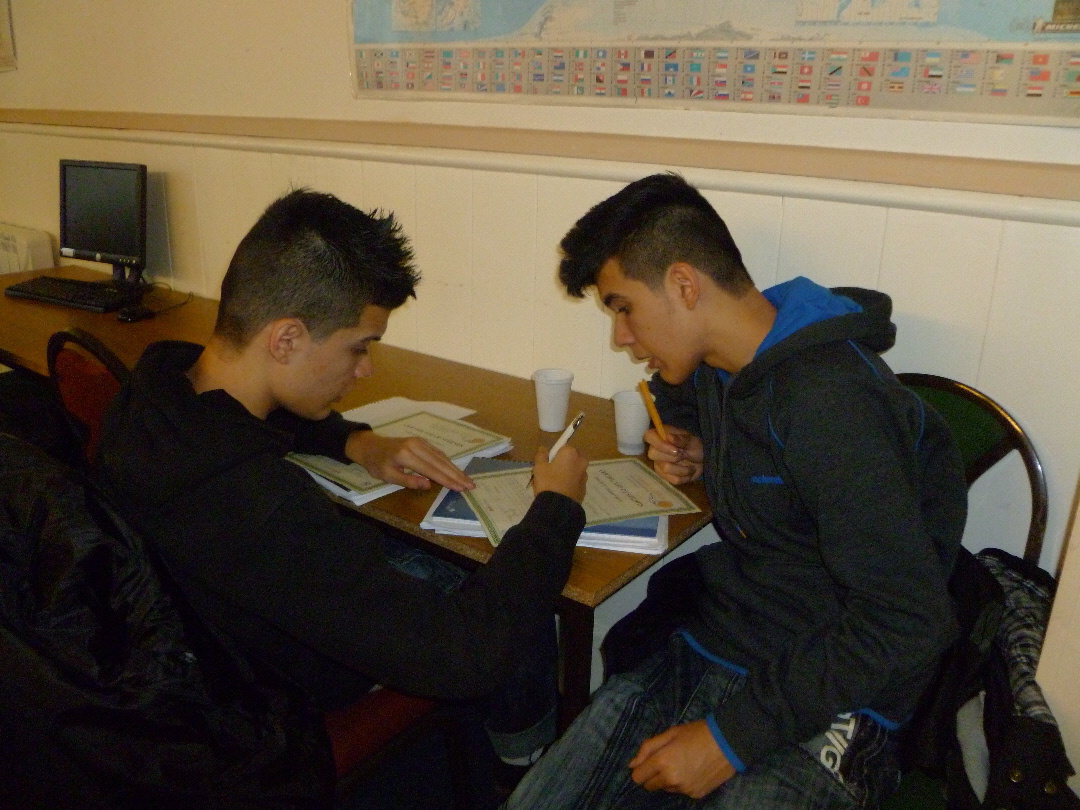 My question was ‘What are the benefits for students if they use L1 in class?’

CotterHue suggested that if lower-level students use L1, they have the language to analyse and advise in a collaborative environment.
theteacherjames mentioned that @willycard suggested putting people together by language groups: Latin, E. Asia etc., which he thought was an interesting idea.
(Occasionally I do something similar, but I do find that mixing the language groups up serves to maximise the use of L2.)
MichaelaCarey noted that Very Young Learners need to know that they can communicate with you in their L1.

ShaunWilden pointed out that there seemed to be an immediate assumption of monolingual classes. This was indeed the case for some of the participants, yet others amongst us taught predominantly multilingual groups. jo_sayers held that the monolingual classroom was where using L1 was most beneficial, but Shaun felt that there was a place for its use in both types of classroom. Lisabrennan4B also queried the distinction.

I don’t really mind the collaboration in small groups or pairs done in L1, as long as the production takes place in the target language. This was echoed by others, notably teacherphili who felt that it was unnatural to expect them not to use their L1 in these situations.
The general consensus was that it was fine as long as the students weren't being lazy and using the L1 as a crutch.

This gave rise to a discussion about how unnatural it was to expect students to not use their mother tongue. Pjgallantry’s point was that restricting use of L1 can be a reductio ad absurdem – as it makes the entire environment feel very 'artificial', especially in monolingual groups. He had a lot of support:
Pigletruth said that she had rebelled against the whole ‘language bath’ idea as it felt like make-believe.
HanaTicha thought that the pressure of the artificial atmosphere could prevent students from giving of their best.
MrChrisJWilson: Let’s be honest, it’s pretty weird to talk to someone from your own country in another language. theteacherjames pointed out that the whole classroom is, in fact, an artificial construct, but that didn't necessarily mean inauthentic. Hana agreed that the question of authenticity was a big issue. pjgallantry suggested that it was probably counter-productive to be too tough on off-task conversation in the L1, as it increases the sense of artificiality.

ChristineMulla asked whether we allowed students to help each other in class in L1. There was a moment where we thought about situations where this happened in our classes. Sometimes we might pull up students for chatting, and find they were explaining something. Of course, other times we found that they were just chatting! In these circumstances it is useful for your students to think you speak enough of their L1 to know if they are off topic. A few of us admitted to having smatterings of other languages- just enough to unnerve the studentsJ

In a Multilingual class there could be management issues if one group of students insisted on using their L1 to the detriment of the others in the class. MrChrisJWilson worried that acceptance of L1 could lead to a slide in areas where it shouldn’t. Others expected that their students would be disciplined enough, in a multilingual group, to communicate in the L2.

Would prohibition of L1 maximize the effectiveness of learning the target language?

This question came from PetsNet, and quickly elicited answers from the group.
ShaunWilden felt sure that it wouldn't. Pigletruth thought that weaker students would be frustrated. Jo_sayers pointed out that students tend to use the L1 in their heads anyway.
PetsNet: Banning the use of L1, this underlies an ideological conception of L1 culture as being inferior. pjgallantry: should remember that a classroom is a community,  and this means that all languages have equality. Restricting L1 use has risks for learning.    Pigletruth:  the idea of banning in class is a turn-off for me if it doesn't hurt or endanger.
While not necessarily recommended, do you think it actually does real harm?
Naomishema told us that her students would have bolted without the  use of some L1

Could the perceived wisdom be at odds with reality in the classroom?

L1 in EFL classes is “a door that has been firmly shut in language teaching for over a hundred years.” (Cook 2001)
Predominant attitude in L2 teaching has been anti-L1 and discouraging of the use of students' L1 in language teaching (Cook, 2001)
I think that the Direct method was very strict about not having L1 in class, but it benefits collaboration, especially in weaker students.
The use of the mother tongue in the learning process should be minimized (Krashen 1981)  Krashen: "learners acquire foreign languages following basically the same path they acquire their mother tongue."
Jeremy Harmer suggested that the idea of supremacy of L2 led to the Nest/NNest problems
MrChrisJWilson: Is all the focus on direct method (and lack of evidence) just to support NEST domination?
ebefl: The excellent Phillip Kerr, big advocate for L1 in the classroom. http://t.co/7zfcgL7sFb
HadaLitim: I started being aware of not using L1 during my CELTA but with time realised that, if used judiciously, it could promote better learning.
jo_sayers: Translation and L1 in general is used in many SLA settings, it's only really in CELTA/DELTA areas it has such bad press
CotterHUE: I suspect that over-use of L1 in class reduces language learning to a problem solving task rather than language learning per se.
MrChrisJWilson: I think we've come back to a “it isn't a firm rule” stance but often when we talk about the specifics it is *usually* avoidable
Higher-level students should always try L2 first, but can still benefit from clarity of difficult language.

There's a difference between the Teacher using it and the Students using it  according to HadaLitim .

ChristineMulla: How difficult is it to find a balance: over-reliance vs tool?

Why do teachers use the students L1?

·         Sometimes using L1 is just a time saver when you need to explain something. Nothing wrong with it on occasion , especially when giving directions for how to do something- it  cuts down time wasted
·         Instead of long explanations in L2 , it is more efficient to give a translation of a vocabulary item or grammar explanation
·         Classroom management or admin
·         Translation - a great way of checking understanding
·         Using L1 can be helpful in learning new vocabulary items and explaining complex idea and grammar rules
·         I sometimes use it when the need for metalanguage is necessary, for example with forms
·         To comfort students who are overwhelmed
·         Translation to L1 is arguably the quickest way of acquiring vocabulary
·         When working with very young learners
·         To establish rapport
·         Discipline for VYLs and YLs. Making sure they know what they have done wrong
·         Also to offer comfort to YLs
·         I've used it occasionally to show students that I'm learning too. It helps them to trust the teacher
·         To scaffold new language
·         In an emergency
·         After a traumatic event
·         Contrastive analysis
·         Don't you sometimes use L1 when a student addresses you in L1 out of context?
·         I honestly admit that I sometimes use L1 when I'm tired.
·         In a monolingual classroom it seems that there might be more scope for T to integrate L1
·         In a monolingual class it’s practically unavoidable
·         Higher-level students should always try L2 first, but can still benefit from clarity of difficult language.
·         Sometimes the use of L1 after a long stretch of L2 on the T's side may be refreshing. Can bring students down to earth, let them pause

Is it beneficial for teachers to be able to speak the students’ L1?

Teachers who master the students’ L1 have far more advantages over the ones who don’t know it….. although it isn't necessary to master the L1 to use it in class….
Whenever I say anything in Chinese the students just fall about laughing so it is a good gambit.
Yeah my Chinese is very limited makes my students laugh.
Not being able to pronounce words in Vietnamese made my students more confident about pronouncing English words
Yes, my rubbish Polish was useful in (only) that respect
I sometimes use my bad German to make them feel comfortable and think "eh, she makes mistakes too. It's ok!"
Haha I do that too - with my bad Arabic!
Good point.  I do this too. “You see, even though your L1 is fiendishly difficult, I am not afraid to try”.
It builds rapport too: “I'm also a learner trying to learn your language.”
It could also be motivating to watch the teacher’s learning strategies, and sympathise.
Also, students sometimes respect you more if you have some of their L1
Some teachers don't have the luxury/inconvenience of sharing the students’ L1, of course, though that can be used to the teacher’s advantage too. Also, teachers with large multinational classes would be unlikely to speak all the students’ languages. Cioccas pointed out that she might easily have 12 different languages in a class of 18 students.
There are also groups of students who should use L2, perhaps because they need to make the most of every opportunity for speaking the target language.

Of course- using L1 and using Translation in class are not exactly the same thing.

HanaTicha thought that there was an important distinction to be made, and that translation had its place in the classroom. Problems could arise when there was no direct translation available, which would necessitate dealing in near synonyms, even if just in minutia. There was also the possibility of errors occurring, due to the L1 transfer or cultural nuances. ChristineMulla suggested that students needed to learn to stop being reliant on the L1. This started a little side discussion about the use of dictionaries: should they be bilingual or monolingual? No clear preference was shown. One idea put forward was for Exam students to analyse passages in L1 and use for error correction etc. Or for the teacher to check concepts by allowing students to explain new vocabulary in the L1.
Conclusion:   A little judicious use doesn't do any harm, as and when deemed necessary, but over-reliance on L1 as a tool in the classroom is counter-productive, and may harm the chances of students making good progress in the L2.

Links :
jo_sayers: Recent post I did here on use of translation and L1 in online learning http://t.co/2fPFeEzEoT

mmgrinberg: Using the Mother Tongue: http://t.co/Ie11Wi8cru
I use an activity called Mother tongue scribes from the above mentioned Rinvolucri + Deller book

jo_sayers: And this is a great book on Translation in Language Teaching http://t.co/IP6JpC9v0z 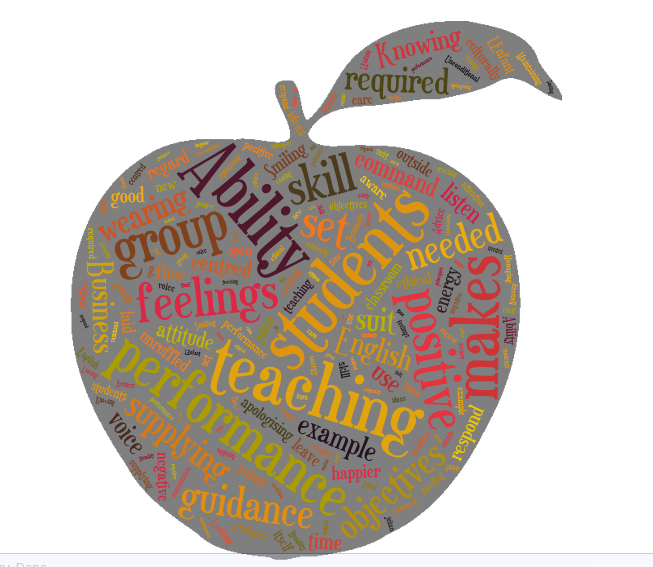