A very busy week has just gone by! I stopped teaching my illiterate students on Tuesday and handed them over to my trainees to work on. They were begging me for a chance to work with them- so having thought I was saving them the difficulty, I relented. The weather hasn't been bad, but the wind, combined with monster tides has made travelling to and from work quite interesting.
All of my photos have been taken outside this week :-)
Sunday 14th October 2012 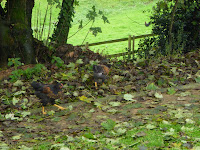 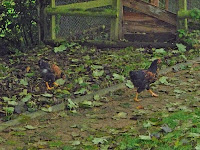 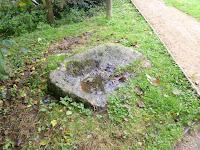 I managed to get out today and went for a walk in waterworks valley. The reservoirs are almost full, which means that we won't have any water shortages over the winter. The valley is still quite green, although the trees are beginning to change colour. It looks like someone's chickens have escaped though. They were everywhere, as were ducks from the reservoir.
Monday 15th October 2012 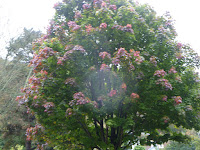 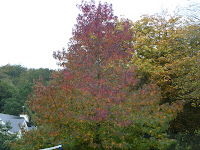 The school is looking quite autumnal now. I have been enjoying the colour change in the trees outside. There are leaves all over the playground, making it a bit slippery underfoot. This is a collection of them, which have been swept up in the car park. 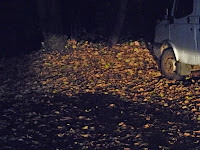 I remember when I was little. I used to go for walks in the Autumn, so that I could scrunch through the piles of leaves :-)
Tuesday 16th October

Today the island is preparing for the big spring tides. We have one of the biggest tides in the world, and there is always a risk of flooding near the coast. When the tide coincides with the rush-hour, the roads are sometimes closed, making life complicated for an hour or so. Many people barricade their houses with sandbags.
Wednesday 17th October 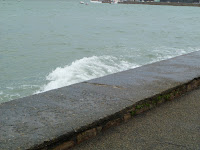 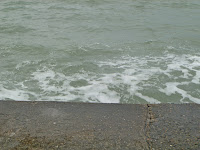 The high tide is on its way, but there is another hour to go. I stopped to take thisson my way to work. The water is already almost up to the wall, and the wind is making it slosh over the edge. You can imagine what it will be like in an hour's time!
Thursday 18th October 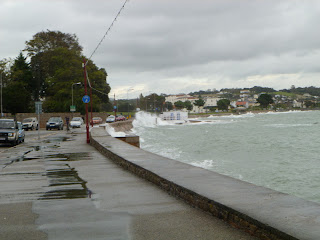 I wouldn't have liked to be a cyclist on the cycle path round the coast today. I should imagine that they would need waterproofs at the very least! The tide is closer today, so I found a safe place to take my picture, so as not to get wet. As you can see the tide comes a long way over the wall- right across the street- and I even saw a couple of cars with seaweed on them.
Friday 19th October
Today was a bit frantic. My trainees had their Language Awareness test, and then Teaching Practice, and I did paperwork. In the evening we went out for a quick Pizza, and then went down to the pub to play music. I was actually too tired to go, but I needed the information for our gig on Saturday. 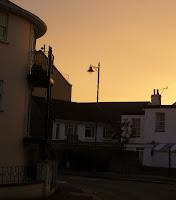 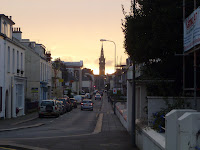 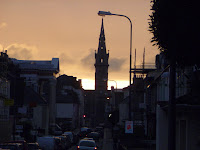 The sunset was golden. The island is pretty in the watery sunlight that bathes everything in gold during the day, but the sunset was amazing.
Saturday 20th October 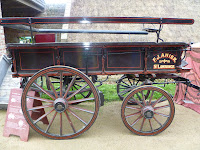 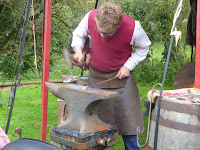 This weekend sees Jersey Heritage organising La Fais'sie du cidre, or the Cider-making festival. It takes place at Hamptonne,  a country life museum, and showcases some of the old crafts. We were invited to play on Saturday, in the cider tent, a good place to be :-) As we hadn't been sure whether all of the band would be able to play, we had called on the people we play with in the pub, to see if they would like to take part. The result was that the band had about 14 members at any one time! It was a fantastic big jam session. The men in the whites are members of Helier Morris, who had danced earlier, and some of whom play out with us. People sat around on straw bales and listened to the music for a good couple of hours. I then wandered round the show, looking at the cider making and enjoying watching the blacksmith at work.
﻿
﻿
﻿
﻿