ELTchat Summary Entrances and Exits , The Importance of Beginning and Ending well.

The Importance of Beginning and Ending Lessons Well.

This was a lovely structured topic, as the writer had prepared a series of questions he wanted answered. 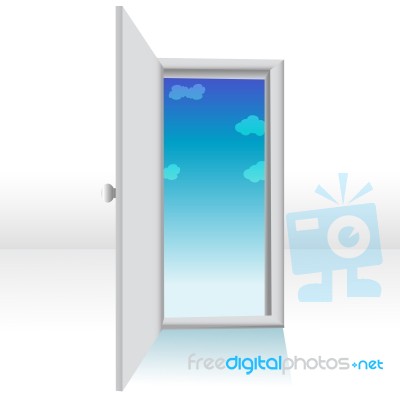 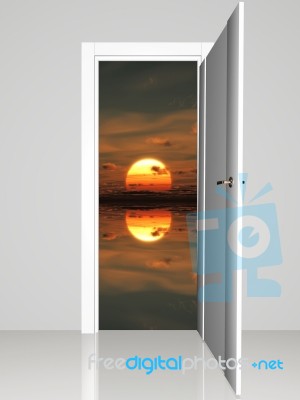 Marisa_Constantinides started us off by asking where we were, what time it was and what we had just been doing. As we were based in a variety of different countries and time zones, this was an interesting exercise. It showed the value of a simple question to set the ball rolling- and demonstrated a small talk technique which can quickly include the students.

Adi_Rajan mentioned research which suggested that students are at their most attentive at the beginning and end of lessons. This was reiterated by Marisa, who also included the mid-point of the lesson when she quoted Nigel Barlow. It stands to reason that teachers should be made aware of this, and could then exploit the fact and plan their strategy accordingly.

Do you like to be in your classroom when the students arrive? Why, why not?

The point was made that although this is the ideal, it isn't always possible, due to schedules and other commitments. When it can be done, the teacher is in place to meet and greet the students as they arrive. teacherphili mentioned that working with classroom layout made it preferable to arrive first. Others agreed with this point of view, and suggested that the time before the students arrived was ideal for moving the furniture around (bealer81) Shaunwilden and joannacre like the horseshoe –shaped class setting, while teacherphili prefers to establish his class with islands.
kevchanwow had some fun ideas. He said that he was then able to direct the students to their seats. He used ideas such as: people wearing blue sit on the left, stripes next to skirts, in a circle from tallest to shortest, or telling one student the rule and getting them to coordinate the others. He suggested that it made a warm-up as well. adi_rajan used playing cards and organised students to sit in suits of cards. patrickelt sat his students according to their birthdays, or how many languages they could say hello in.

Do you write your lesson topic on the board at the start of the lesson? 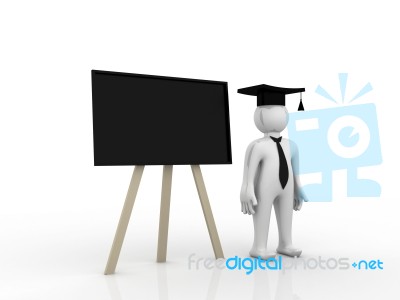 I asked whether the others wrote their lesson topic on the board. I have colleagues who do, and some who don’t. The answers were mixed: adi_rajan wanted to know what the topic would be. The context of the lesson or the language item you're teaching?
OUPELTGlobal: Topic or task or what students will learn how to do.
HadaLitim: I used to when teaching YLs but not any more
bealer81: Not a big fan of writing the topic on the board. It can often be met with a rolling of the eyes or a collective sigh! BobK99 agreed.
OUPELTGlobal: A good idea with adult learners especially –they like to know what is going on
Teflgeek: lesson menus can help keep focus and demonstrate goals
bealer81: I prefer periodic recaps and a spectacular summary at the end.
HadaLitim: With EAP and IELTS classes I find it's good to have the aims on the board
adi_rajan:  That might not give you much scope for eliciting the topic from students.

How and when do you do the roll call/registration?

Teacherphili: Always seems too formal at the beginning, but necessary.
OUPELTGlobal: Registration? Do you mean roll call? I send around a piece of paper if large class, if small, just look round and note
Michaelegriffin: Is it necessary? If so, why? And can it be done during other moments?
SueAnnan: Unless you have an enormous class, you should know your students' names, so why do you need a roll call?
patrickelt: Yes but what if it is a new class or you are covering for someone. Shaunwilden: To get the paperwork out the way?

What if the students are late?

Joannacre was interested in the others policies for accepting latecomers. There appeared to be a difference in reasons for lateness. Some students came at the end of their working day and others used spurious excuses to explain their reasons for not arriving on time. Saudi women have difficulty as they are not permitted to drive. HadaLitim works around the problem as well as she can. As bealer81 said, his students pay for lessons and do their best to turn up, even if it is 45 minutes late.  OUPELTGlobal thought that rules on what would be acceptable could be negotiated with the class, or the establishment. She lets her students in, but marks them as missing if they are later than 15 minutes. adi_rajan uses punctuality raffles, where he gives the students a ticket each time they arrive on time, and then does a lucky draw at some point.

How do you make your entrance each day?

This set off the ‘all the world’s a stage’ gags. Actually we weren't quite sure what was meant here.
teacherphili offered us the monologue "All the world's a stage..." from Shakespeare’s As You Like It  http://t.co/kuxCliGc5x
bealer81 and BobK99 agreed that we should enter with a smile, head up, shoulders back….            We agreed that it doesn't do any harm to be a bit of an actor, using the classroom as our stage.
As joannacre said: Gotta keep the audience engaged!

What does the start of your lesson look like?

OUPELTGlobal: students come in, get the vocabulary box and start flipping through, testing each other on vocabulary.
Teflgeek: I always chat to my students, big or small, about their lives when they come into the room.
mary28sou: Students search Google images for thought for the day
teacherphili: music can be a useful way to set the tone of the day.
Though ShaunWilden suggested being aware that not everyone will like it.
SueAnnan: I often start with a question, sometimes rhetorical to get students thinking.
bealer81: I always get them to recap the last lesson. Slow going but it gets them thinking.
Joannacre: a bit of small talk like : what have you been up to guys?" Then they ask me.
HadaLitim: I work with pictures and videos - that sets the tone well too
adi_rajan: I was inspired by @Shaunwilden to ask students to share an Instagram or Vine vid or picture they took on their mobiles
bealer81: Jeremy Harmer talks about writing a weather forecast and displaying that for the students. Describing your day, thoughts and feelings. Students read, react, ask Qs and then do the same.
jas_thor: Nice idea to start with the weather and How is your day? It's conversationally useful.
HadaLitim: I like spending the first 5 minutes going over useful real-life vocabulary based on the day/context such as: someone's sick - what do we say?

Has anyone tried Scent?

An interesting aside here. Aromatherapy oils on the radiator. The negatives are the cost of the oils, and the possibility of interference from cosmetics worn by other students. However, there was some anecdotal evidence that students were more relaxed in class and better able to concentrate.

Shall we move to the end now?

Are you the last one out of your classroom?

If the teacher has time to chat to the students at the end of the lesson that’s a bonus. Some have to run to their next class, or have other commitments to honour. Often the students hang around chatting, but the teacher doesn't always have that luxury.

How do you wrap up?

Some of us (OUPELTGlobal, AbdullahAlger, mary28sou) like to recap structure or vocabulary with a game, a quiz, or a song.
Others prefer to summarise the lesson. This works particularly well if the students do the summarising. Marisa told us that, as a beginner in Turkish, she loved the 5-minute written reflection she was asked to do at the end of each lesson. The discipline helps students to vocalise what they have achieved and can provide feedback about what they enjoyed, or didn't like about the lesson.  This provides teachers with a means to modify future sessions to suit the learning styles and preferences of their students. Learners can offer topics they would like to work on, and teachers can give advance notice of future lessons, or give notice of homework tasks that students could carry out in preparation for the next lesson. This could whet their appetite for the session, or allow them to bring material to class.
We have to remember that this could be conceptually difficult for young learners, but they would certainly be able to draw their feedback.
If setting homework, time needs to be set aside to organise the information correctly. Writing down the details in their notebooks rather than quickly circling the pages is preferable, but requires more than the usual rushed few minutes at the end of the lesson..
Marisa suggested asking the students to rate their course book, or to advise the author on ways to improve a future version. This makes them revisit the page too, which is sneaky J
Finally, kevchanhow always ends by thanking his students and telling them about one thing he particularly enjoyed, learned or had occasion to be grateful for because of the class. This is something we could all do easily, and it will leave our students feeling that we value them as members of the group.

Marisa_C: Nigel Barlow in PET Vol 1 No 2 1980 - oldie but goodie "Memory and the Language Teacher"
Lot’s of good ice-breaker activities here http://t.co/YSo3Lv1i5R
adi_rajan: I've also used http://t.co/VURl0eoEA3  in my business English classes to kick-off by discussing trending news items.
Adi was thinking about using whatsapp as a means of getting feedback. Shaun suggested  the socrative app as it has an inbuilt feedback questionnaire.
Teflgeek: try https://t.co/LiIMcvxCnm , as recommended by @NikPeachey


Marisa_C Couldn't find the article on memory but found this one on pattern notes - nice for an end of lesson summary http://t.co/t7QQBDx6sF