Only one week to go and I'll be in France with my friends and colleagues at the BESIG conference in Paris. The weather this week is very underwhelming, but my students are lovely and I'm looking forward to the weekend. 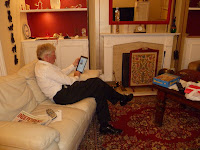 Cairis is home and we've been clearing out her room ready for some decorating. A couple of my friends came round for dinner and we had a very relaxed time together. I was laughing at my husband and daughter in the afternoon as they sat doing their own thing with their technology in hand. Just wait until I join in:-) 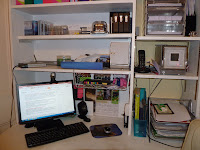 Quite nice weather today, and I decided to take Cairis shopping when I finished work. She needed interview-type clothes for her job-hunting, so I bit the bullet and spent a small fortune on her. On our return she gave me a hand with the housework so I finished with a tidy office, as well as everywhere else. 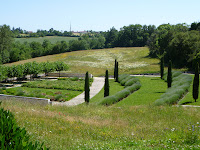 This was a little bit of garden I saw from the car and thought was very elegant, if a little formal.

Today I  wrote another Eltchat summary, which you will find below. After thinking about our sessions with Adrian Underhill, it got me thinking about professional development and how much I benefit myself from writing as well as reading the summaries. My nice tidy office was put to good use. 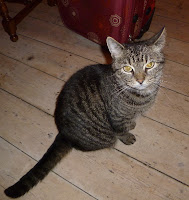 As we are planning to leave when I finish work tomorrow, I had to pack my suitcase, with the help from my furry friends, who wanted to climb in too. By the time I finished shooing them away, I was feeling fraught and the cats were grumpy, too. Perhaps they pick up on the fact that we are going away. 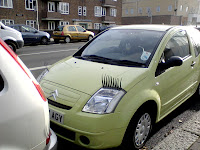 Yippee. Only have to work until 2.30pm and then it's off to the airport for our flight to London. We then took the Eurostar to Paris, so that we could have a good sleep before the conference the next day. I saw this cute car in London and couldn't resist a picture. 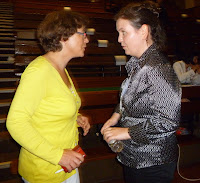 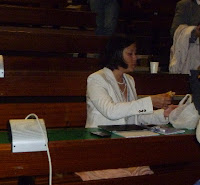 Woke up in Paris with pleasure, until we looked out of the window and it was wet. My poor husband had been planning to go wandering around the city while I was at the conference, and it didn't look promising for him. The morning started well for me, as I met some of my friends at breakfast in the hotel and we walked down to the venue together, where we collected our name tags, and caught up with more colleagues and friends. Vicky and I had similar tastes in presentations and ended up at many of the same sessions during the day. I really enjoyed the different threads of the day and it was great to put a face to some of the names I am regularly in contact with online.MY i-pad was a star as I was able to connect to the wifi in the centre, some of the time, and when I couldn't, it was great for writing notes. 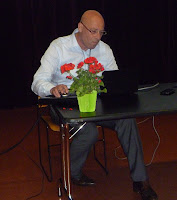 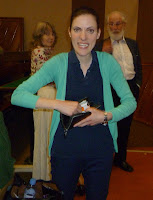 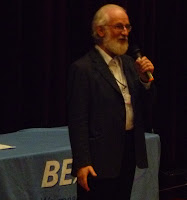 David Crystal's plenary was at the end of the afternoon, and he was excellent , as usual.
Here is Vicky after winning an award for one of the best first presentations at a BESIG conference, which was well- deserved, as she did a brilliant job :-)

Sunday 17th June
We hired a car for the rest of the week, and my husband collected it the evening before. It was a hybrid Toyota, and we had problems creeping up on people, and almost knocked a few over, as it was totally silent! The car was really a bit of a liability in that respect:-), but it did a sterling job of getting us down to the south of France. We left Paris after breakfast, and passed a strange church on the way to the car park. I wonder who the Antoinists are. 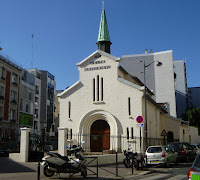 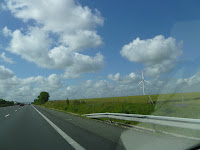 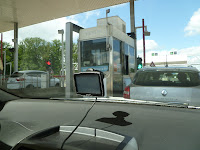 We decided to take the toll roads down as we would get there faster on the motorway and we had 7 hours of driving to do. I was interested in the number of wind farms we passed on the way. I always thought that they were ugly, but close up they are surprisingly elegant. 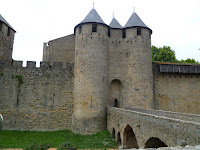 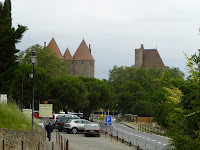 Carcassonne! The weather is warm and sunny, which we expected as it got warmer and warmer as we left Paris. We thought we should start our week by visiting the mediaeval city, and spent most of the day there, as it was so interesting. 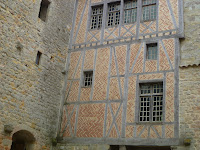 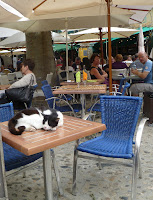 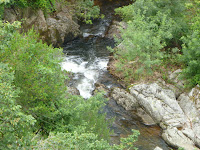 The Black Mountain drew us today, so we set out in search of some of the villages on the mountainside. They were beautiful picturesque places, one of which is called 'the book village'. Everywhere we looked there were bookshops selling old, new, second-hand and first edition books. There was a book museum and it was even possible to find books in other languages, although the majority of them were French.

Found this sleepy cat drawing the attention of all the tourists. Nobody wanted to disturb him by taking the table:-)

Today the weather forecast was  for dull and overcast conditions, so we just went down into the town for a mooch along the canal banks. The forecast was wrong, and it warmed up quite quickly, so we went for a  boat tour of the locks on the Canal du Midi. We also saw the stage being built in preparation for the Fete de la musique, which I was looking forward to.

Thursday 21st June
Today was my birthday, and the forecast said HOT!.  It enede up being 36 degrees! We thought that a trip to the Med was in order and headed off to Narbonne plages.It didn't take long to drive there and we stopped for lunch in a local cafe. When the proprietor overheard my husband toasting my birthday, he came out with a special dessert for me. It looked enormous, but in fact there were two whole, quartered oranges in it, and the glass was smaller inside! 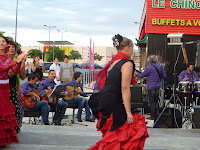 In the evening we wandered down into the town to listen to the 'musique', but were disappointed by the variety on offer. When we went back to our room, we saw on television that there was a huge fest. happening in the old city.
Friday 22nd
We were sad to leave Carcassonne, as we had a great time there and there is plenty yet to visit. Unfortunately, we had agreed to drop off the hire car at the ferry terminal in St Malo, for our return home, and that meant a 9 hour drive back up through France. As we didn't have to take the ferry till Saturday afternoon, we decided to break our journey and find a hotel for the night. We fetched up in Chateaubriant, in Brittany, where the waitress in our restaurant asked us if we were going to visit the Fete de la musique, which they were celebrating on the Friday evening instead of the Thursday. This was a good tip so we set off into the centre of the town. This turned out to be a series of pedestrianised areas with music happening on, and off, stages around the place. It was  an excellent evening and we stayed out listening to the musicians and enjoying the ambience. 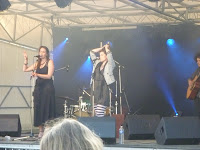 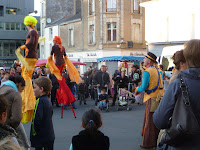 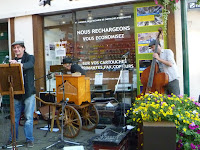 Saturday23rd
End of the week and end of the holiday. We had to be back in St. Malo around 4pm and M. decided that he would like to have a crepe as we were in Brittany again:-), so he drove us down the coast to Cancale. 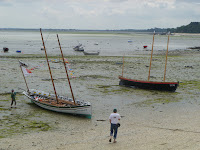 I had expected this to be a quiet affair , before getting the ferry home, but I was in for a surprise! There are two 3 masted boats which are the only ones left of their line. They are bisquines, and  were made: one in Cancale - the Cancalaise, and the other in Granville - the Granvillaise. I have occasionally seen them from afar in the waters around Jersey. Today the port of Cancale was celebrating the 25th anniversary of the building of the Cancalaise and the whole place was in a festival mood. The boat was moored on the beach and decorated, or 'dressed over-all' as the sailors say. Next to her was her sister, the Granvillaise, and it is unusual to see them both together. I took a couple of photos of them and then we toured the fete, bought a couple of anniversary t-shirts, and drove to the ferry.

My final picture is of the walled town of St Malo as the ferry left port.
Posted by Unknown at 22:30