First week of the CertTESOL course has gone well. The weather has meant that the trainees have bonded while sitting outside in the sunshine during their breaks. It has got warmer and warmer as the week has progressed :-) 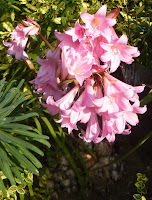 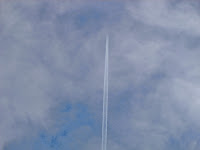 Paperwork, paperwork and more paperwork! I really wish I could do a totally paperless course, but the Trinity moderator would have a few words to say about that, I'm sure. On a walk I spotted some Jersey Lilies. They are beautiful flowers, and they have no leaves. They stand majestic on long stems of dark red, and smell heavenly. While Out, I was interested to see a trail from a plane which looked as if it was flying straight up into the sky 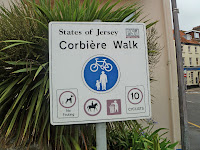 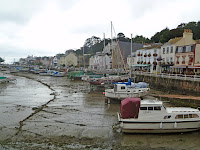 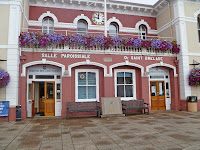 Nice group, all looking like they will gel well. When Nell comes in to do the Unknown language, which is actually Korean, much to Cairis's delight, I am free to go off on my own. As I made it the session before lunch I have plenty of time to go off for a walk. Today I started by walking down to the village to buy some lunch in the Deli. They are now selling Guy and David's sandwiches and salads :-) I walked down the old railway walk, and was lucky not to be mown down by a family with 5 small kids on push-bikes! The Parish hall is looking particularly lovely, all decorated in flowers. The other side of the road, the harbour, is at low tide and the boats look like they are sitting in deep mud! 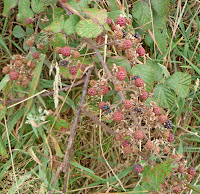 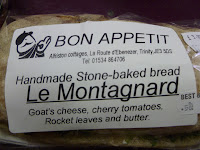 Today I picked up my lunch and ventured further afield. I drove up the hill towards the headland at Portelet, and parked to eat my lunch in peace. I was right next to a bank of wild blackberries, which are not quite ready for picking. 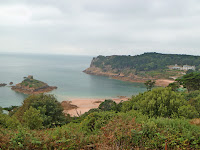 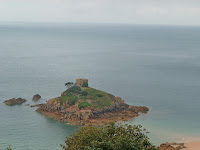 The view from up there is lovely. The island in the bay is known as Janvrin's tomb. The story goes that Captain Janvrin and his crew were returning home from a long sea trip, but they had the plague on board and the islanders wouldn't let them land.They holed up on the island, until one by one they succumbed- and died.
Wednesday 5th 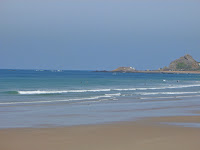 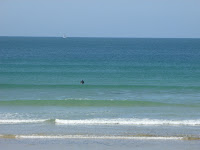 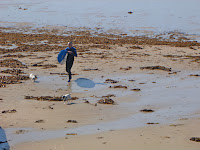 Today I drove round to the West coast- it's only a short drive from the college. There were surfers in the water and the sky and sea were beautifully clean and clear. I took this shot of a surfer making his way back to the car. His dogs were having fun too:-) This was at the northern end of the bay of St Ouen, a place called L'Etacq. I decided to eat my sandwich on a bench near the beach. I'm really enjoying the timetable this week :-) Normally these lessons are in the final afternoon spot, and I don't do anything except go home. 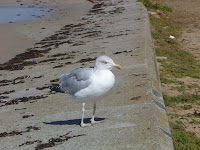 Slight change to my plan this morning. I drove Cairis in, planning to do some paperwork, and discovered that one of my colleagues was sick and that changing around the classes was going to mess up my trainees. I had organised some visits to my own colleagues' classes and the trainees were going to observe their lessons. I had to offer to teach, in order to not to have too many changes- well, I was free, and I had previously taught that particular private student, who likes the unplugged approach,- so not too difficult, all-in-all. After the lesson I escaped, in case they asked me to do another one. I have really valued my free time in the middle of the day this week. I went back to St. Ouen, but this time to the southern end, La Pulente. On one side of the road are sand dunes, on the other- sea. On the horizon I could see Guernsey, although my camera is not powerful enough to show it :-(  This time I  found a very beady-eyed seagull on the wall by the beach- a better place than the centre of town! 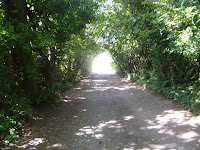 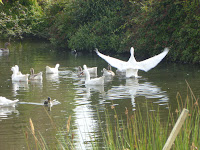 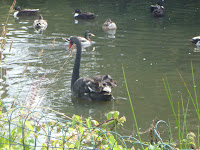 Today I had to go down to the East of the island to organise the set up for tomorrow. We are going to supply the music for the Grouville Church Fete. Les Pres Manor is going to be open to the public for the first time in 40 years! The building has been there in some form or another since the 11th century, but it is now a mellow pink granite, with a higgledy-piggledy inside, which has been added to over the centuries. I really love the gardens and the pond at the bottom has both white and black swans. 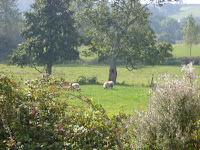 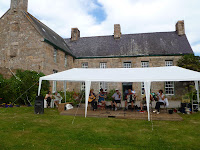 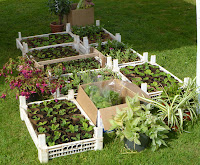 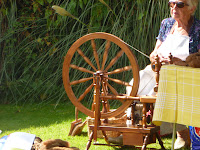 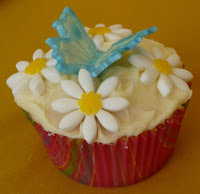 No work today, but that doesn't mean that I can loaf around:-). I dropped Malcolm down to the boat so that he could take part in the Regatta. I returned to make my teaching roster, and when Cairis surfaced we drove down to Les Pres in time to open the fete. As most of our musicians are off-island I was slightly concerned about who would turn out to play. I needn't have worried as we had plenty of people. The music was piped round the fete and we were asked to play for longer as the next group had sent their apologies. We were given vouchers for tea and cakes and wandered up to the far end of the garden to the tea stall, and then had a look at some of the other ones.
All-in -all, a nice week ! We finished early enough on Friday to go down to the pub, which is always a good team-bonding experience. My trainees are  lovely, and they all did well during their first week. If the weather continues as it is I'll be happy, but my poor M is a bit disgruntled because there was not enough wind for a good race, and the boats just drifted around the bay, so he and the others abandoned the race and had a swim in the sea instead- not the end of the world exactly:-). Looking forward to the return of #ELTChat next week. I'll be able to watch the trainees teach properly, except on Thursday when we'll be doing something else- watch this space :-)
﻿