Almost halfway through this photo journalism challenge now, and this week was summer at its best.
The week started bright and sunny, and continued in that vein for the whole week. My students were mostly in their final week of study, and determined to get out and enjoy the island and the beautiful weather. 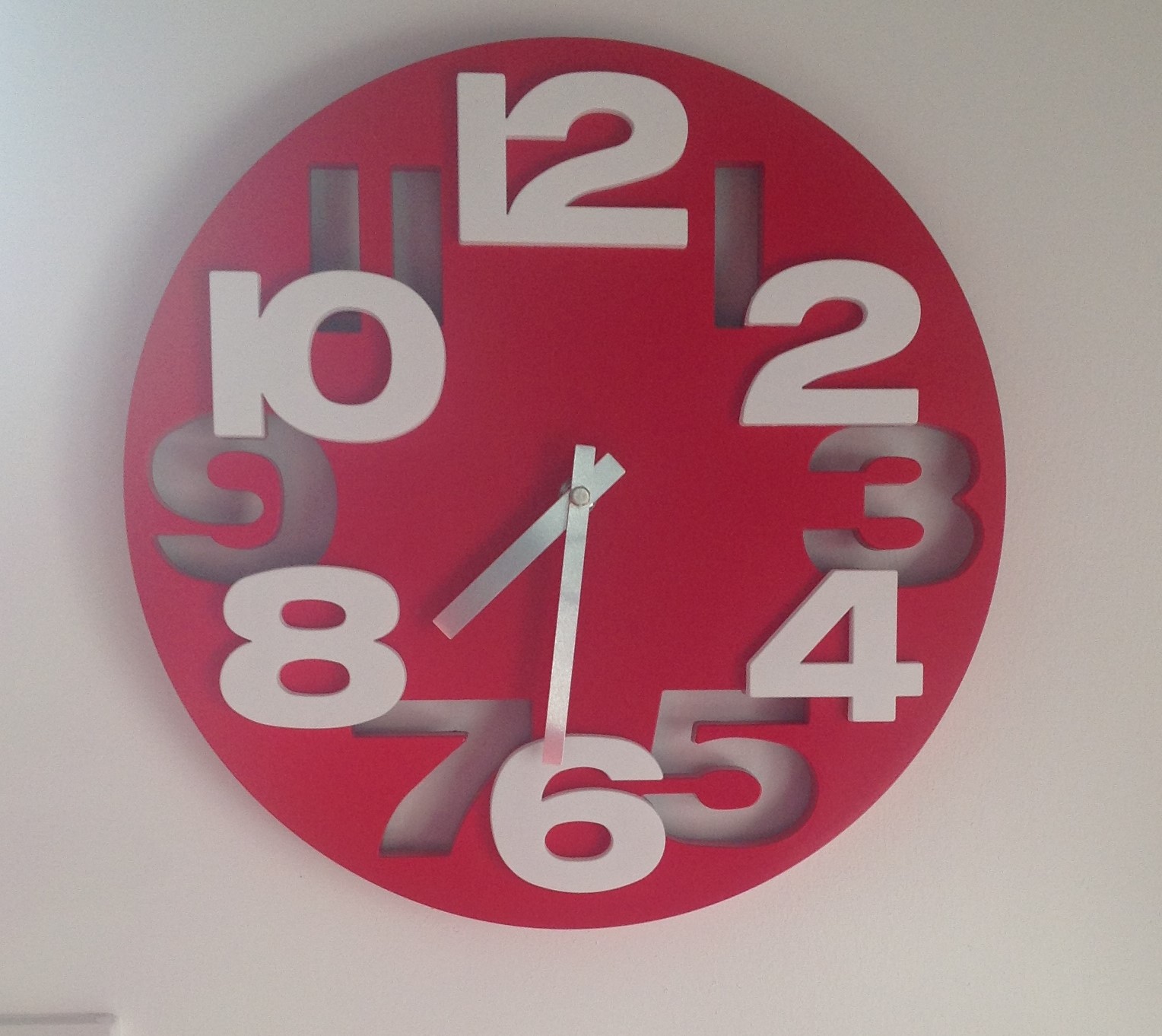 The day after Emily's wedding was windy. M spent most of it working on his boom and cleaning his boat.  I remembered to put a battery in the clock I found in France for my kitchen.I started a new online project with Jason Levine called Teachers Teaching Online. It kicked off in the late afternoon, so I had time to tidy the garden and prepare dinner first.I also decided to charge all of my technology, which seemed to have died around the same time. The opening ceremony for the MOOC contained lots of familiar names and faces. We managed to make some people grumpy by catching up in the chatbox of WIZIQ instead of only using it to ask pertinent questions- oops! The power of the PLN when others don't have one.... The session with Shelly was full of her vitality and enthusiasm as always:-) 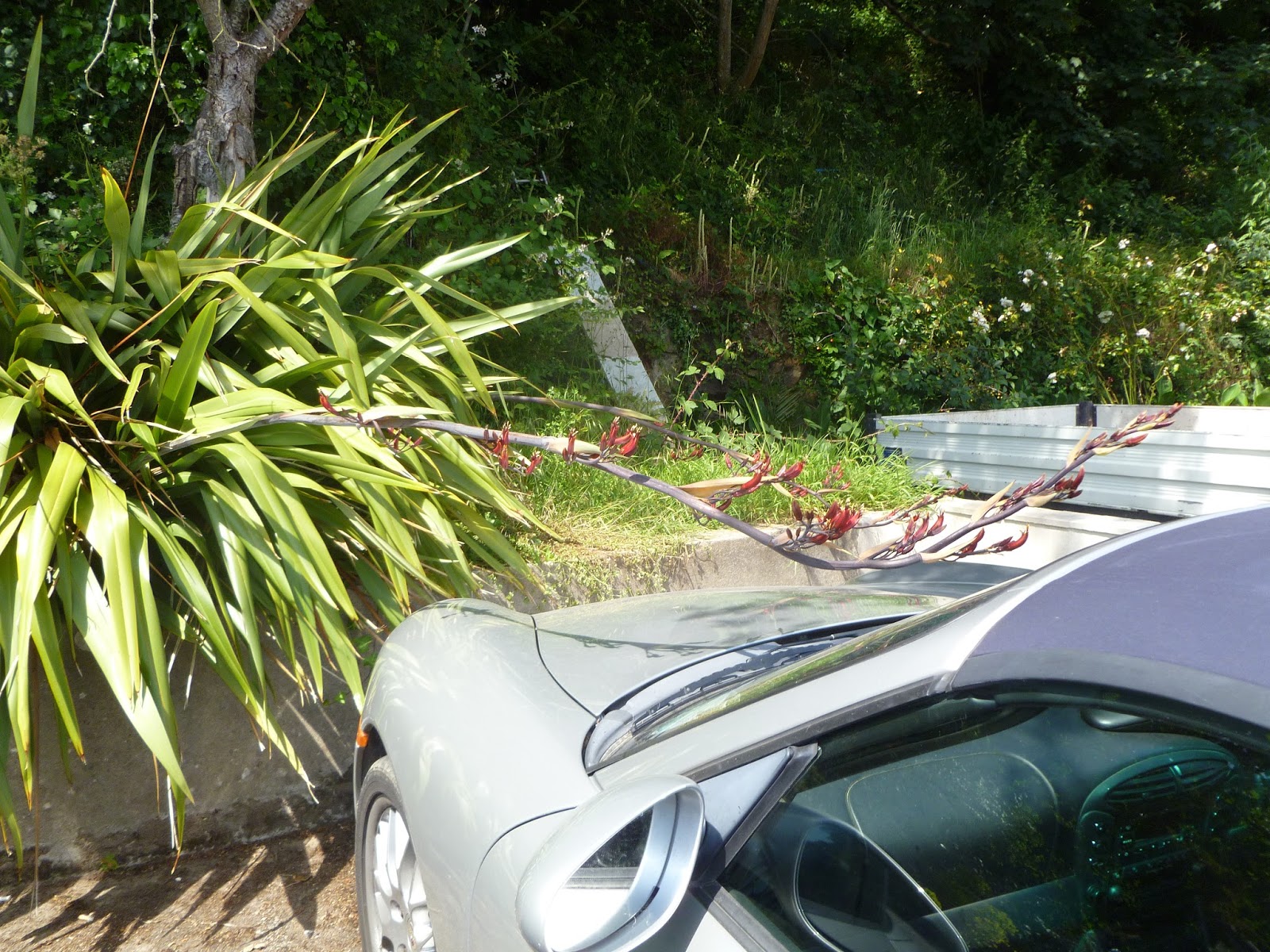 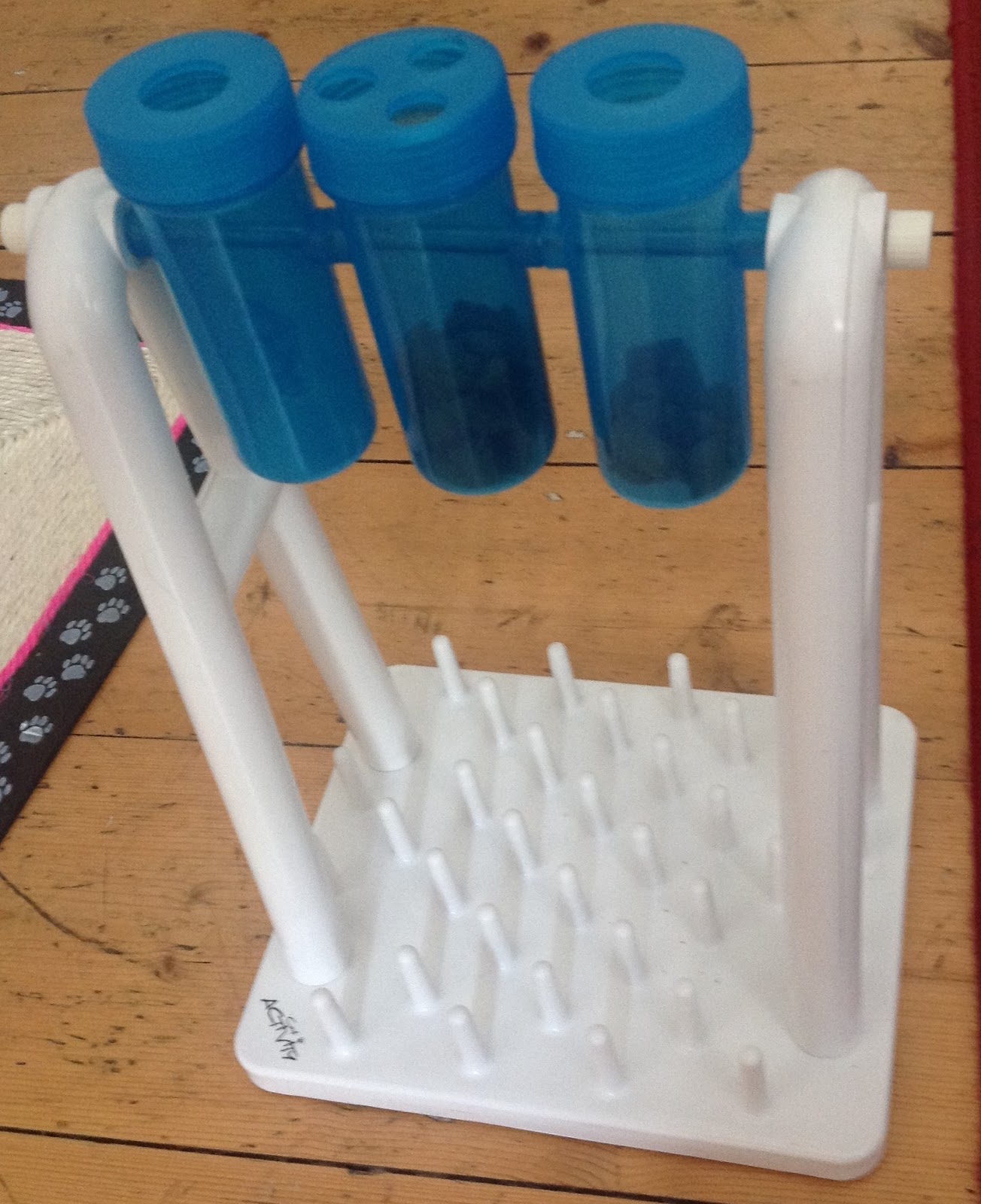 Back to work. The sun was shining and I was aware that I only had to work until lunchtime :-) I had a chat with John the gardener about redesigning my garden later in the year, and he talked me out of anything too adventurous. I have to be realistic about the amount of time I have available, the size of the garden, and type of soil. The college gardens are looking amazing though. Some of the plants are enormous and the wind is bending the long flowers across the car park. I popped to the garden centre on the way home and had a look around. I ended up buying a new toy for Ebony which I have been teaching her to use all week. She loves playing, although Maisie doesn't have anything she likes better than a pompom from an old scarf of Cairis's. In the evening we had a super session with Nik Peachey. 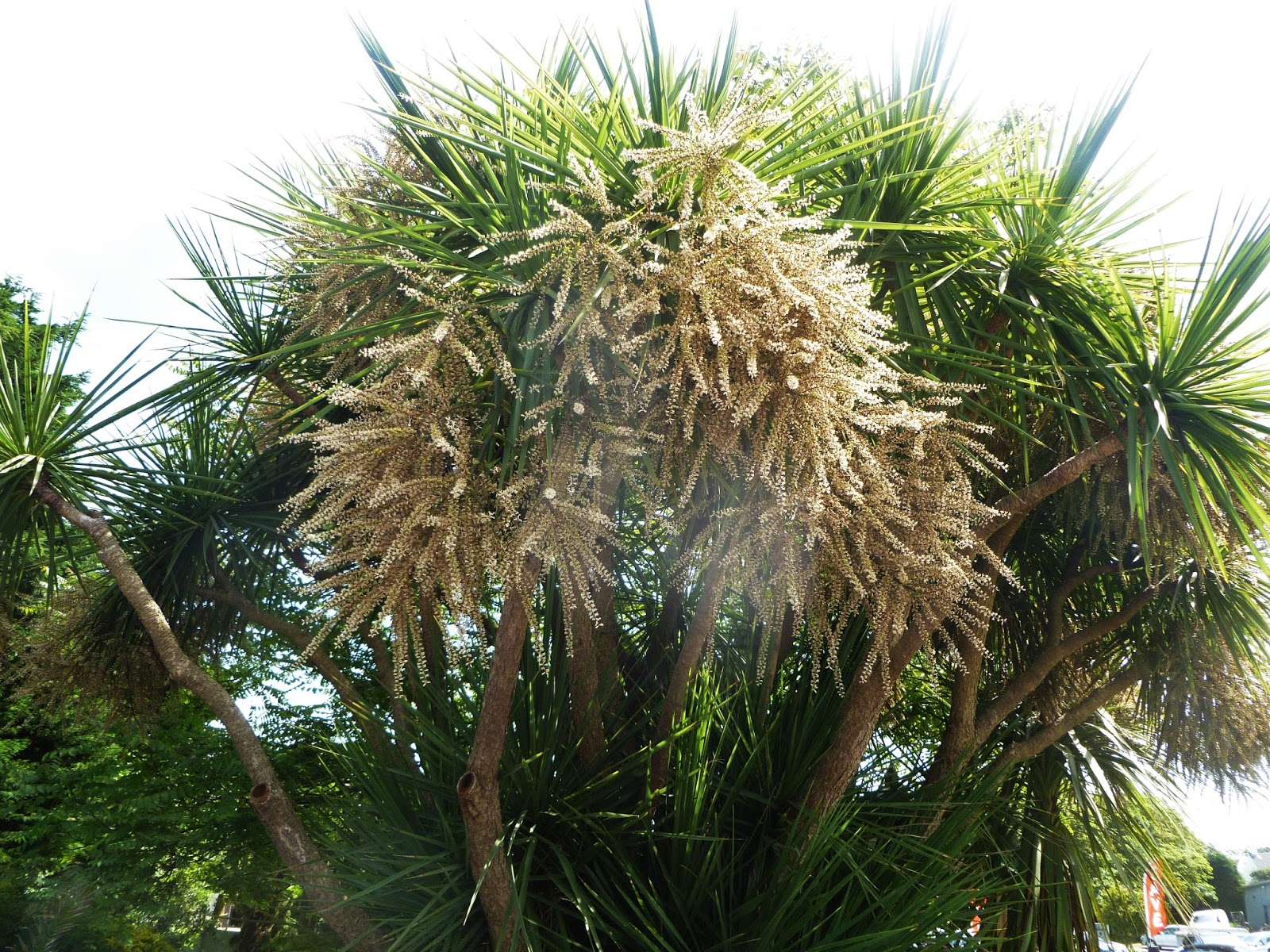 As I was driving home today I realised how many of the palm trees were in flower. That is testimony to the warmth of the island and that the conditions are right. I don't normally have time to look, but the roadworks everywhere in St Aubin are slowing down the traffic, so I had time to admire the one at the bottom of the hill.  There was no session today, so I had time to answer the questions on the previous sessions to see what I remembered. Not too shabby- I wasn't right with one of the answers, but I think I had stopped listening for a minute while I was distracted.

Football is still very much a talking point- if it isn't my neighbours, it's my students. I smile politely and change the subject :-) As a Scot, my instinct is to support anyone who plays the English. Today I caught the tail end of the lunchtime #eltchat and ended up sorting out the transcript as a favour to Hada who was going to be at work much later than me. I also wrote another summary, which is the blog post before this one.
Tonight's session was with Vicky Hollett. I love her work, and her videos are great, but as she is based in America it meant staying up until 12.00 to take part. I was really too tired and, knowing that there would be a recording I could watch, I wimped out of the live session. 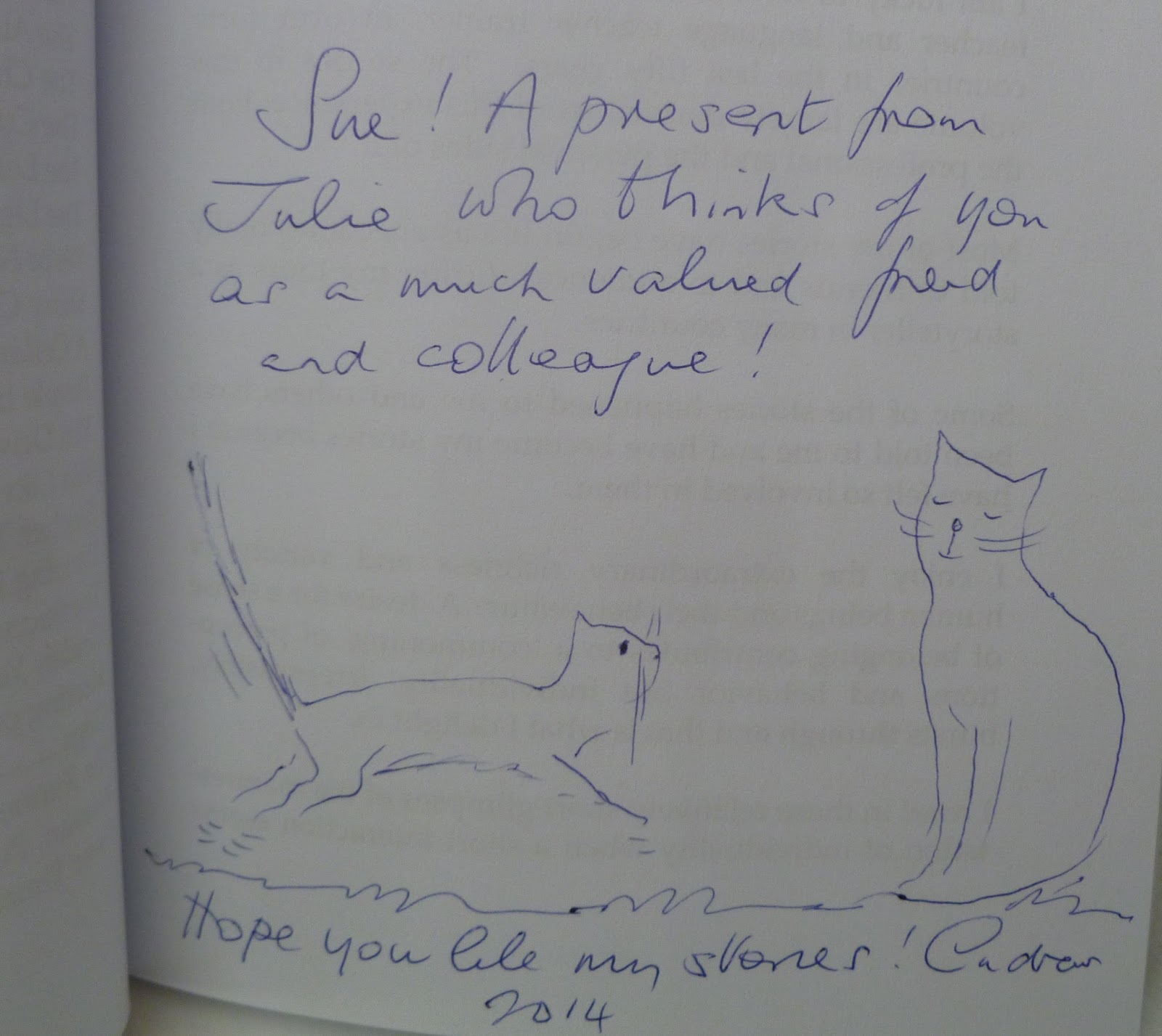 On arrival home from work I was presented with a parcel. As it is my birthday this week I assumed that it was a gift from family in Scotland. However, the postmark was Hungary??? On opening the parcel I was amazed to find Andrew Wright's newest book, with a beautiful inscription to me- and a drawing of two cats. You may remember that I met him and shared a train journey to York after IATEFL, Harrogate. I must confess that he was just a lovely man, and at the time I didn't know him by sight so was unaware of who he was. The book is excellent, and I tucked myself up to read the first story.

Today I rushed home from work as I had promised to be an interview subject on Skype. A young PHD student is doing his doctorate on Online Communities of Practice, and he had chosen to use the Webheads as his study group. Ali was very professional and we chatted for more than an hour. It helped me reaffirm my passion for the group, and for everything I had learned from their sharing. In the evening it was the turn of Jack Askew to educate us in our MOOC. I realised that I was spending hours at my desk. It made me take a look around the room. My observation- my husband has a very neat corner, with a desk and a few files, while I have triple the space, and use it all:-) 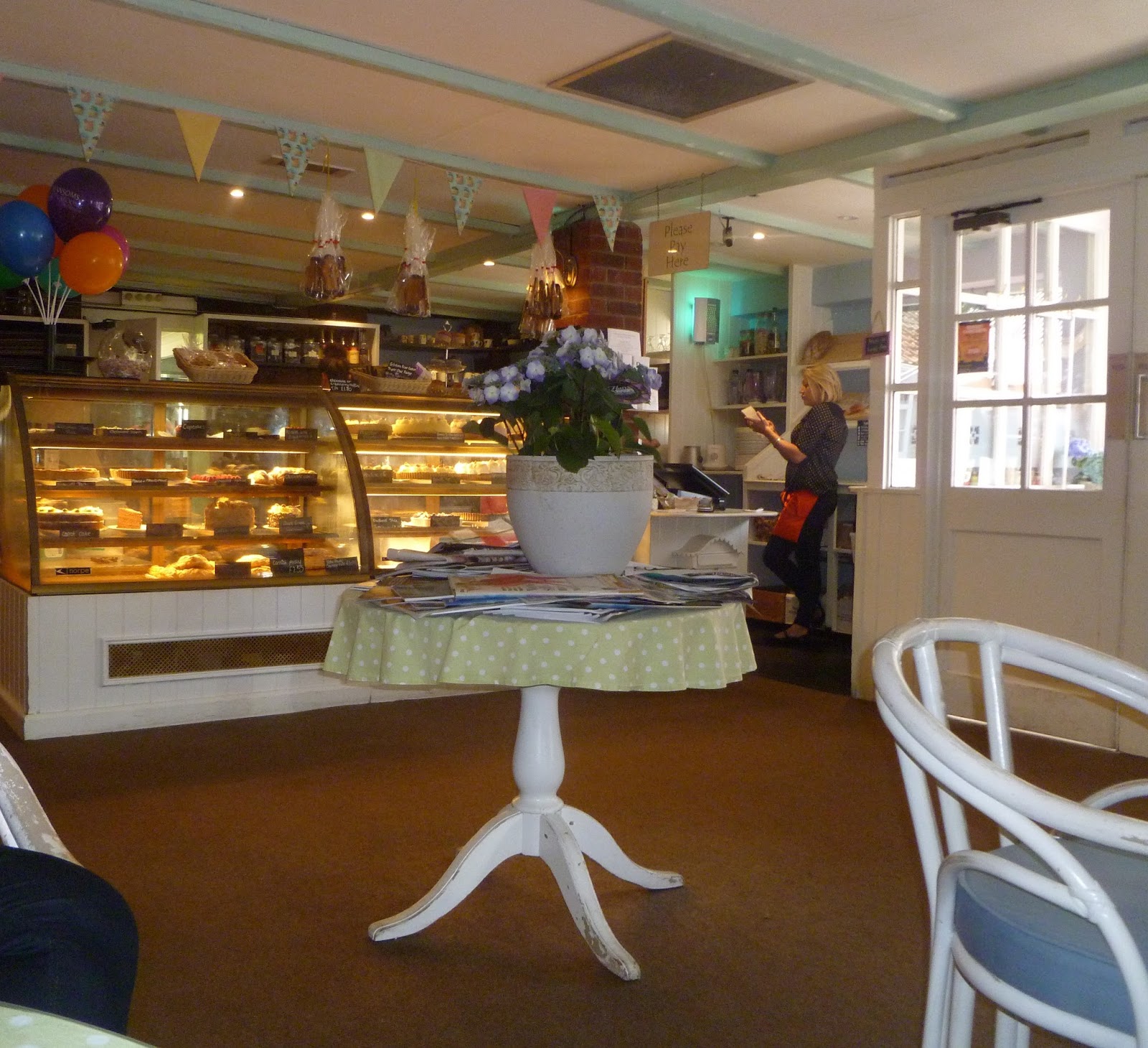 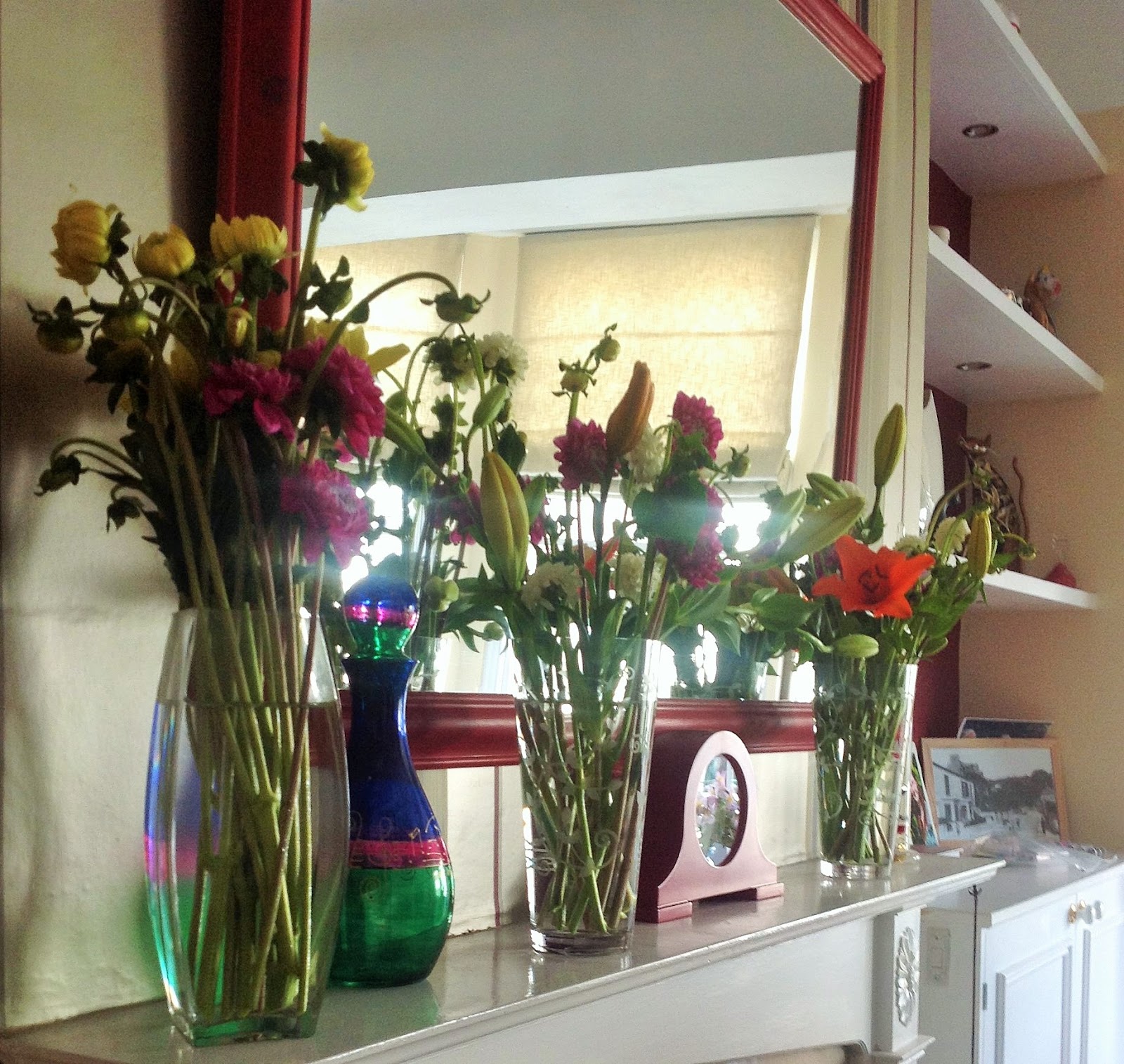 Today I am one year older on paper and many, many times richer in friendship. I think everyone I know said Happy Birthday to me today, in person and on every social media platform I belong to. I was sent some touching messages, and beautiful pictures and received some lovely gifts. Cairis took me out for Afternoon Tea, and we wandered down to see if we could spot the boats taking part in Gorey Regatta- including her father. In the evening we went for dinner with a friend, whose birthday is later in the week, and her husband. 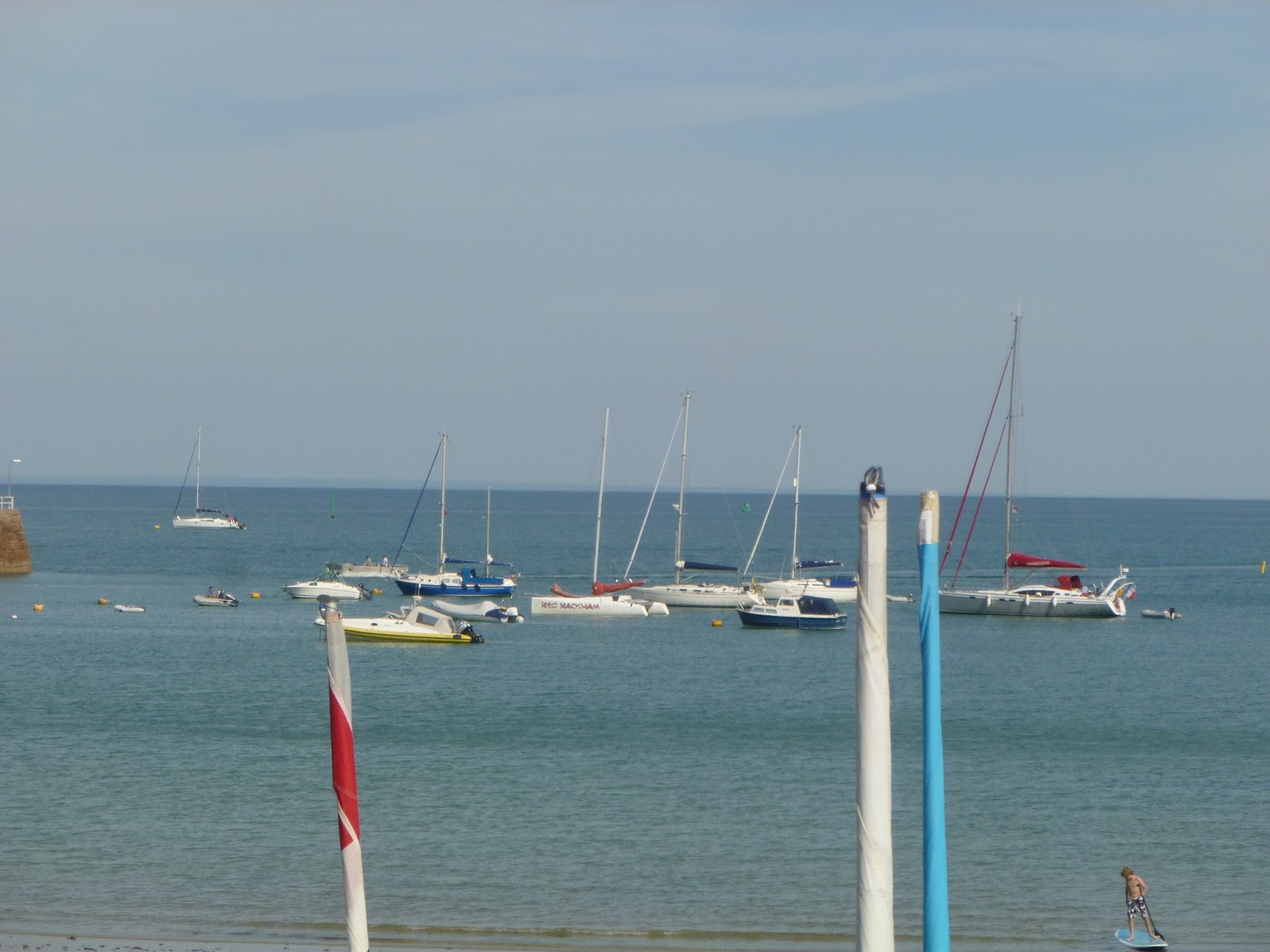 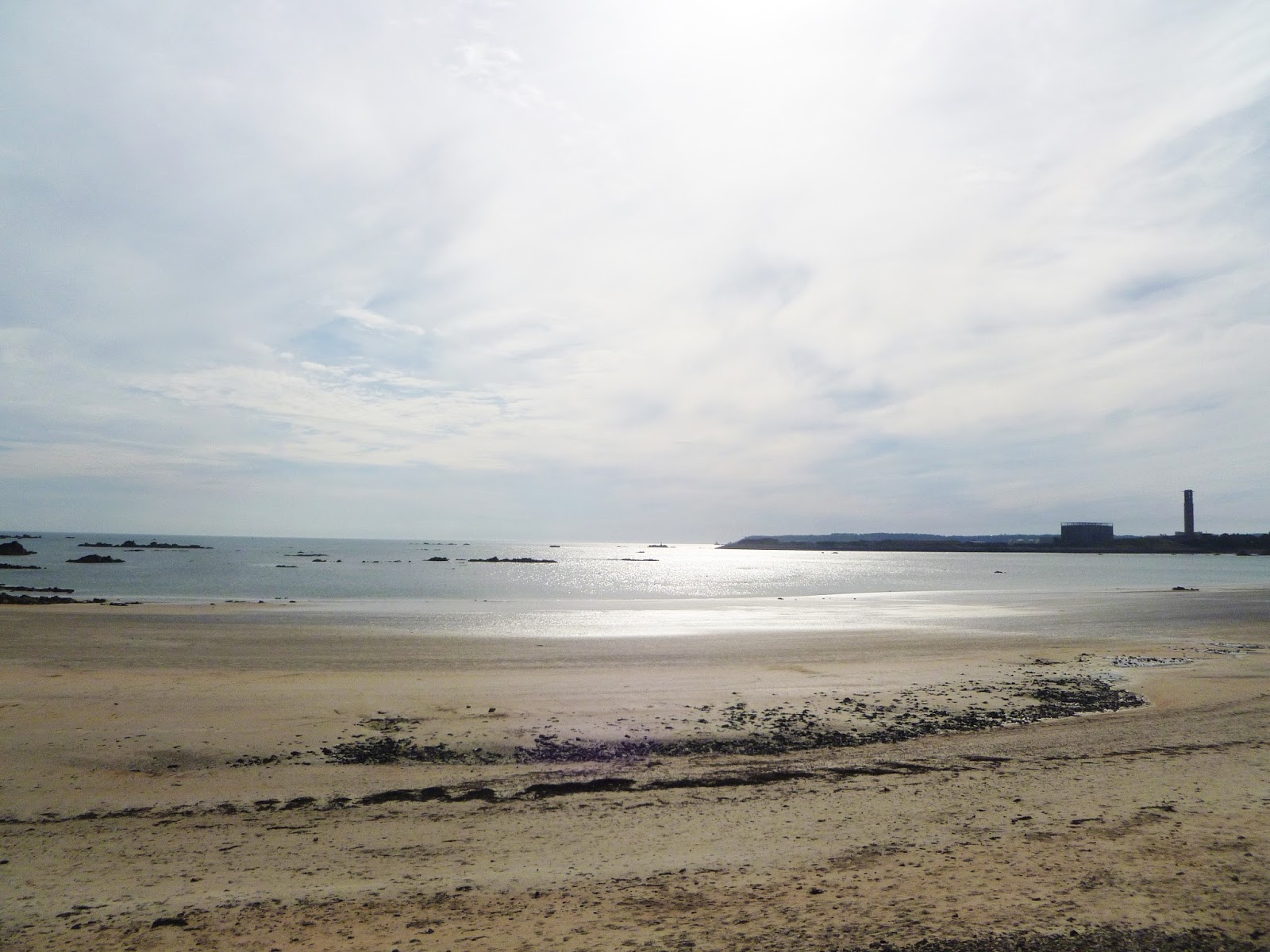 Next week is the middle of our project. I hope it will continue to bring good things :-) It is also the final week of #ELTchat for the summer. That should give all of the moderators time to chill and do other things. And more time to get to grips with the MOOC :-)
Posted by Unknown at 12:03