#ELTchat is the twitter home of English Language Teachers, who meet once a week to discuss topics of relevance to teaching. This is the summary of the chat from Wednesday 4th November 2015.

As I came in to the conversation late, it is my pleasure to revisit the comments to find out
what I missed.

The topic was: how to use everyone's favourite building brick in the classroom for adult learning- and the ideas came pouring in! We discussed whether there was any cultural difficulty, and decided that even if people were unfamiliar with the bricks from their own childhood, they are culturally neutral and don't appear to upset anyone's sensibilities. In fact, it might even be easier to communicate some things via Lego, than by using language. They are also reusable, not very expensive, and FUN!!! 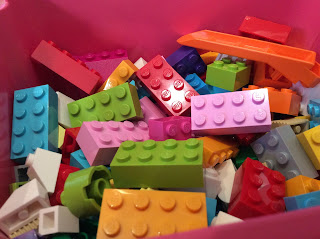 @ambartosik started the ball rolling by explaining that she uses Lego on the first day as an icebreaker.
She asks her students to build something which represents their interests, then use the creation to introduce themselves. She told us about a student of hers who talked about the barriers between him and fluent speakers of English https://twitter.com/ambartosik/status/661879084096561152/photo/1 , then he described how he would learn English, by removing the barriers so that he could cross over to the other side https://t.co/GGN5aakbBL


At this point the conversation veered in the direction of Cuisenaire Rods, helped by comments from @GlenysHanson, who uses them for story telling, initiating conversations and making 'grammar' visible  and @HadaLitim who found them useful for pronunciation and sentence work.
@Glenys gave us a link to a selection of articles on using the rods in class https://t.co/vOMuPPqlHG
and https://t.co/xgCgBaZzoA, and a great selection of videos glenys-hanson.info/silent-way-videos/

So what can we do with Lego bricks and/or people, in the classroom?

Could use to teach prepositions of place 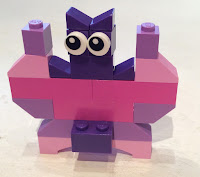 They work well for teaching sequencers: ask a pair of students to build something and write a set of instructions. Demolish the creation and give the bricks and instructions to another group to test whether the directions are good enough to recreate the  model. ( My BE students love this)

Could be used to practise asking for clarification

Can be used to show how the schwa works

Students build a vehicle then crash it.
Taking the role of site technicians they can: write a letter to the manager explaining what happened,  Or write a police report.
Or describe the damage, costs, parts needed  to the insurance company (these last ideas thanks to @kamilaofprague )


And for training sessions?

Personally, I love using them in my teacher training. They are a great way to show difference parts of speech in context. But above all they are an excellent visual representation of stress patterning, and my trainees love finding the words which might fit a particular pattern, or establishing the patterns for themselves.
@HadaLitim thought that they could be beneficial for assessment.

@Ven_VVE used Lego to make e-artifacts in a project. example:https://flickr.com/photos/amoresproject/22568153901/in/album

Links:
Some links for more ideas:

Not made for ESL but: https://t.co/BhpcqNRRAp

For YLs if you don't have any Lego: buildwithchrome.com

And the quote of the week?

This week my favourite quote comes from Anna, who said

"The only limit is your imagination."

Thanks to my students for allowing me to use the pictures.