This week has been a scorcher- 29 and up. It might not seem too high to some of you who are used to higher temperatures, but you have to take into account the humidity factor of living on an island:-) 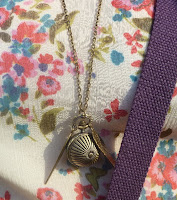 It's nice to be on holiday this week and today is warm and sunny. I spent part of the day in the garden and really did very little. Cairis was given a graduation gift of a watch in the form of the snitch from the Harry Potter stories. 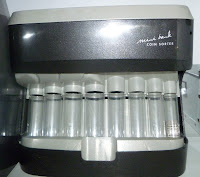 With time to spare, I decided to count out the loose change in my coin sorter, bag it and take it to the bank. It is amazing how the small change in your pocket adds up.It was also a good time to buy some sterling for the trip. 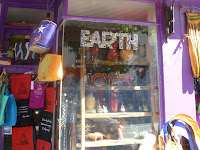 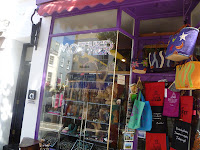 Packing for tomorrow. We decided to just take one suitcase between us, as we were only going for a couple of days, and we had one big enough for everything, including M's suit.  We had a potter around the town where I finally found something to wear- nothing like leaving it to the last minute :-) We looked in Mother Earth which sells one-of-a-kind ethnic clothes which Cairis loves. I spent more money on her than I did on myself- nothing new there!

Cairis is starting to be excited.  For a bit of exercise we walked up the Mont de la Ville, to Fort Regent. 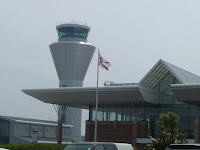 Off to the airport, where the plane left on time for London. On arrival, we headed for the car hire depot and took possession of what Cairis named the 'MOB'car. It was a black Vauxhall, with tinted windows :-) 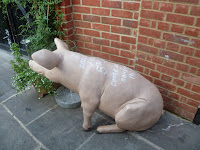 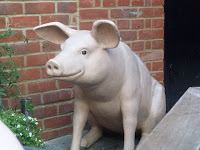 After about 40 minutes of driving we arrived at our accommodation. I found an old pub with accommodation on the internet,  and it was extremely good. The food was super and made from local produce, the real ale was local and the room was a delight, although the temperature was in the 30s and there was no air-conditioning!  We unpacked and headed down to the garden for a cold drink and met this cheeky piggy. He had 'It's sausage O'clock' on his back, as the pub does a Happy Hour with free local sausages once a week. 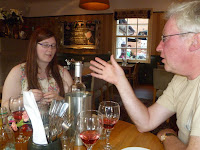 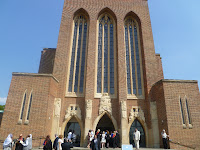 Graduation day. We decided to do a recce after breakfast, just to make sure we knew where to go later. The countryside was green and leafy and the houses timbered and thatched. It took about 30minutes to drive to the Cathedral in the end. We returned to the hotel to get changed and headed out for real. Cairis had organised a parking permit for the afternoon at the University of Surrey, which is next door to Guildford Cathedral where the ceremony was being held. Cairis had to queue for her robes and then have her photos taken. The ceremony was very well thought out and uplifting. Dame Jacqueline Wilson conferred the degrees on the graduands, who then, as graduates, walked down the aisle of the cathedral to the applause of family and friends. The university then laid on a reception for the graduates and their families, which gave us a chance to meet the parents of some of her friends, and some of the tutors, too.

Friday 27th July
Note the date- which I clearly hadn't checked carefully when I booked the tickets:-(  On arrival at the airport- with not too much time to spare, we discovered that our tickets thought we were flying home on 27th August!! Oops! 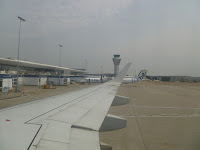 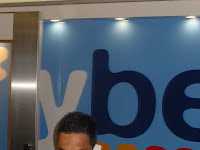 The lovely man on the customer services desk at Flybe helped us sort out the problem, and we were able to fly home slightly later than we had expected.

Along with most of the world, I watched the opening ceremony of the Olympic Games in the evening. The best fun was setting up a twitter hashtag so that we could keep the PLN comments together. It made the experience very enjoyable to be so connected with friends around the world.
Saturday 28th 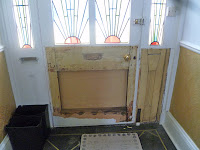 This morning we received the proposal from the building company who are going to repair/ renew our door. Although the quote is not cheap we have told them to go ahead and do it. In a few days we'll have the door boarded up while they make a new one and transfer the leaded glass into it. As you can see from the photos, the bottom of the inside is rotten and the outside has been replaced at some time with a plain sheet of ply, instead of the panels which should be there.
Watch this space- the company has promised that it will look fabulous when it's done.