It was nice to wake up to more sunny weather, although the forecast said it might break later in the week. The sun was peeping through the trees and calling out for us to eat breakfast in the garden. I had a lazy day, with some TTO work, a session with Marisa,  and some preparation for next week. The garden is starting to look terribly dry after 5 weeks with no rain and people are complaining about the sap on the pavements..

On Monday I had the job of testing the new teens. As I was the first port of call, and going off campus, I had to wear a badge with my picture and name on it. The teachers working with the YLs had to do the same. Very snazzy! At break I travelled up with them to Communicare, a centre which we hired for the week as an overspill for the college. We were three teachers, with 21 teenagers, between the ages of 15-17, from a variety of places: Brazil, Norway, Czech Republic, Italy, Switzerland, France, Japan, Germany and Austria. These particular kids were motivated to improve, and mixed really well during the breaks- which meant that they all communicated in English, as standard.At lunchtime we took them back down on the bus for their afternoon classes.

A full day, with teens in the morning and a business group in the afternoon. After work I returned home to find that M had done all the housework. It was a real treat, but he hadn't thought about dinner. I sent Cairis over to get some pizza from the co-op and went upstairs to get on with some course work and to make some material for my classes. 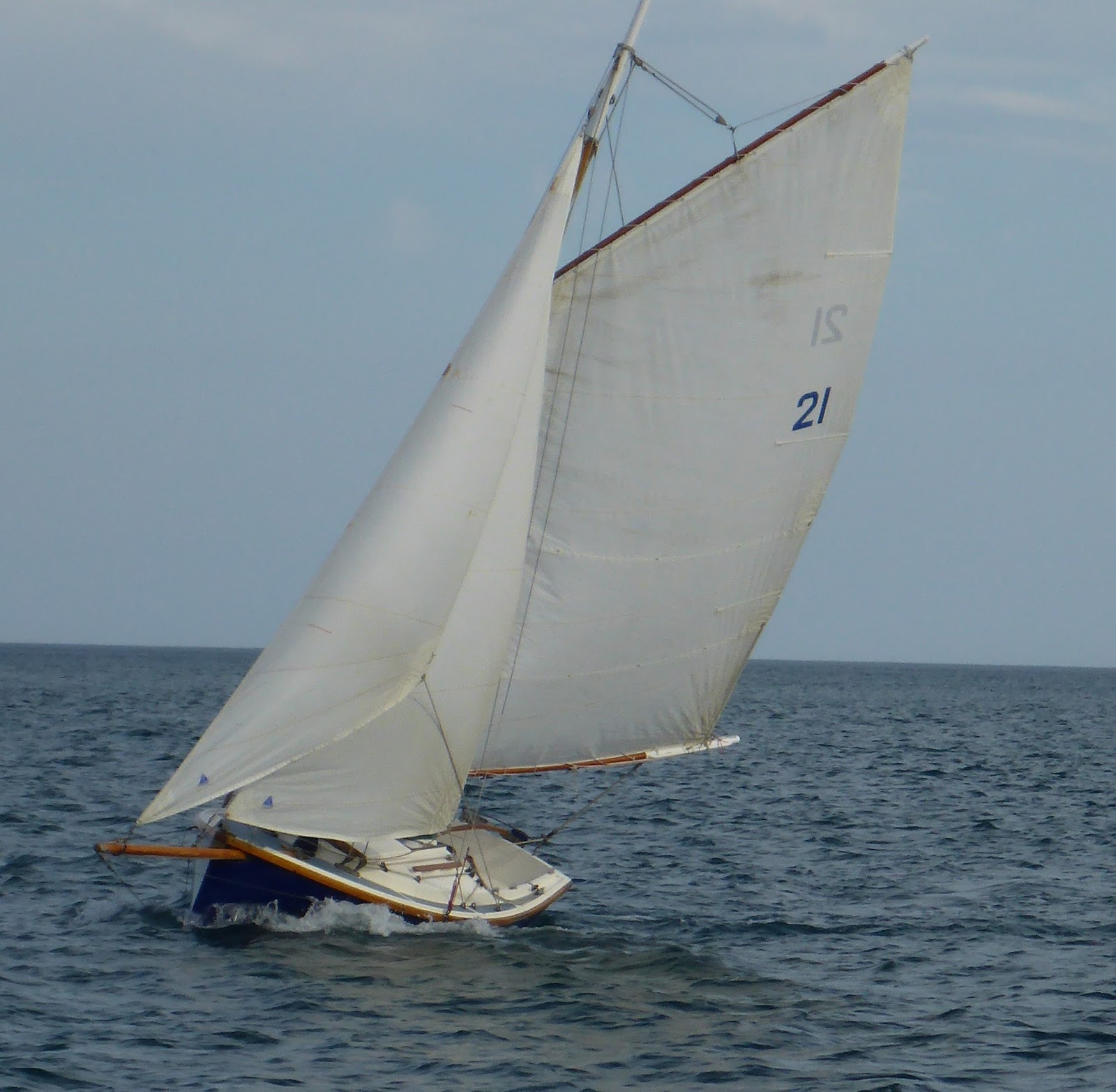 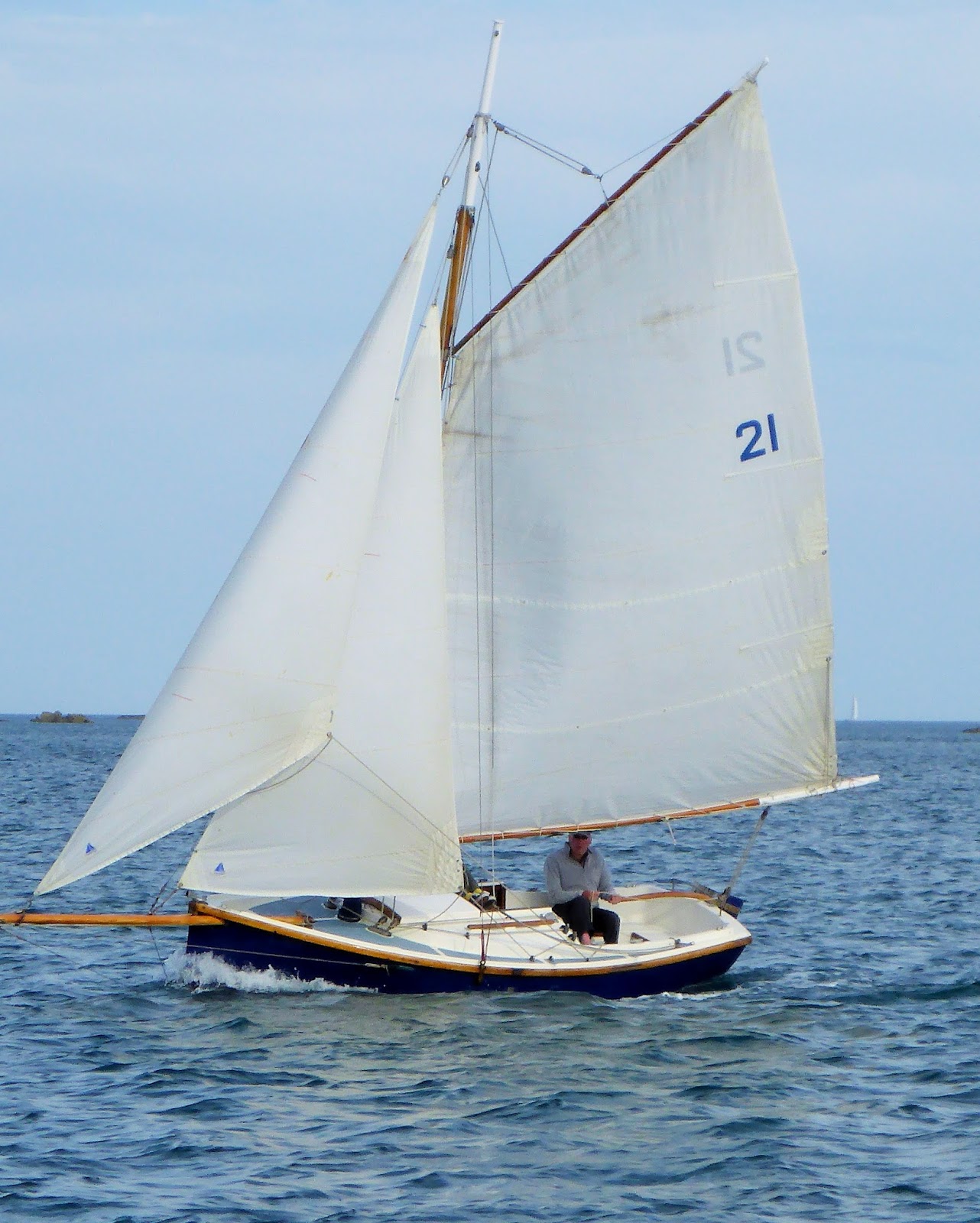 Today I had time to work on my website, which is beginning to come together. I sent some emails out in answer to Tesol enquiries, and worked on some photos of M's boat from the regatta. I was given a CD of pics which someone else took, but I wanted to sort them out, as he has a birthday coming up soon and I'd like to get one put on canvas for him.

The hottest day of the year so far, 27degrees. I decided to leave Malcolm with the car,  after getting a lift to work, and to walk home round the coast- or across the sand, depending on the tide. It would normally take about an hour to get to St Helier, and another 20 minutes to get home from town. I had no idea how hot it was, and found that I had to stop for a drink half way round:-) In the evening the session for TTO was with Dr. Nellie Deutsch. 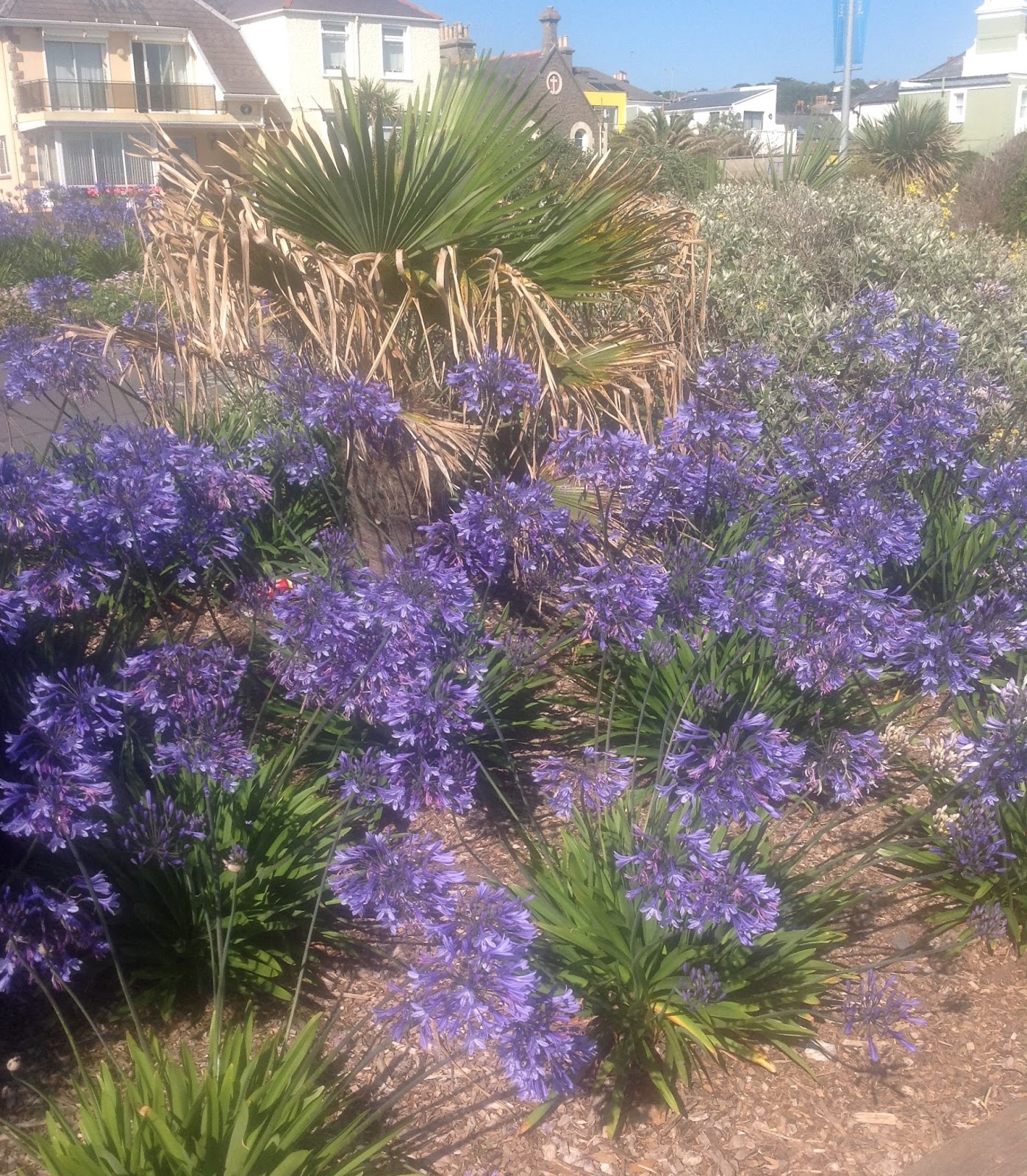 Last day at Communicare and at last the weather is threatening to break. Some of my friends decided to go to Sark for their Folk Festival. As the weather wasn't looking great, and I don't like boats much, I decided not to join them. The Island is covered in agapanthus at the moment. There are swathes of blue everywhere. We caught up with friends in the pub in the evening and had a good music session.

Rain, rain and more rain! The ground is tinder-dry and my garden was starting to wilt rather badly. It has rained solidly for 24 hours, which will do a great deal of good. We decided to go out for fish and chips. This is not something we  do often, as I tend to cook fish very simply at home, but the restaurant is quite new so we thought we would try it. By the time we arrived we were like drowned rats.