The year is certainly moving on a-pace. At work we are getting ready for our British Council inspection- it seems to require inordinate amounts of paperwork! The featured weather this week was HOT, particularly towards the end of the week. 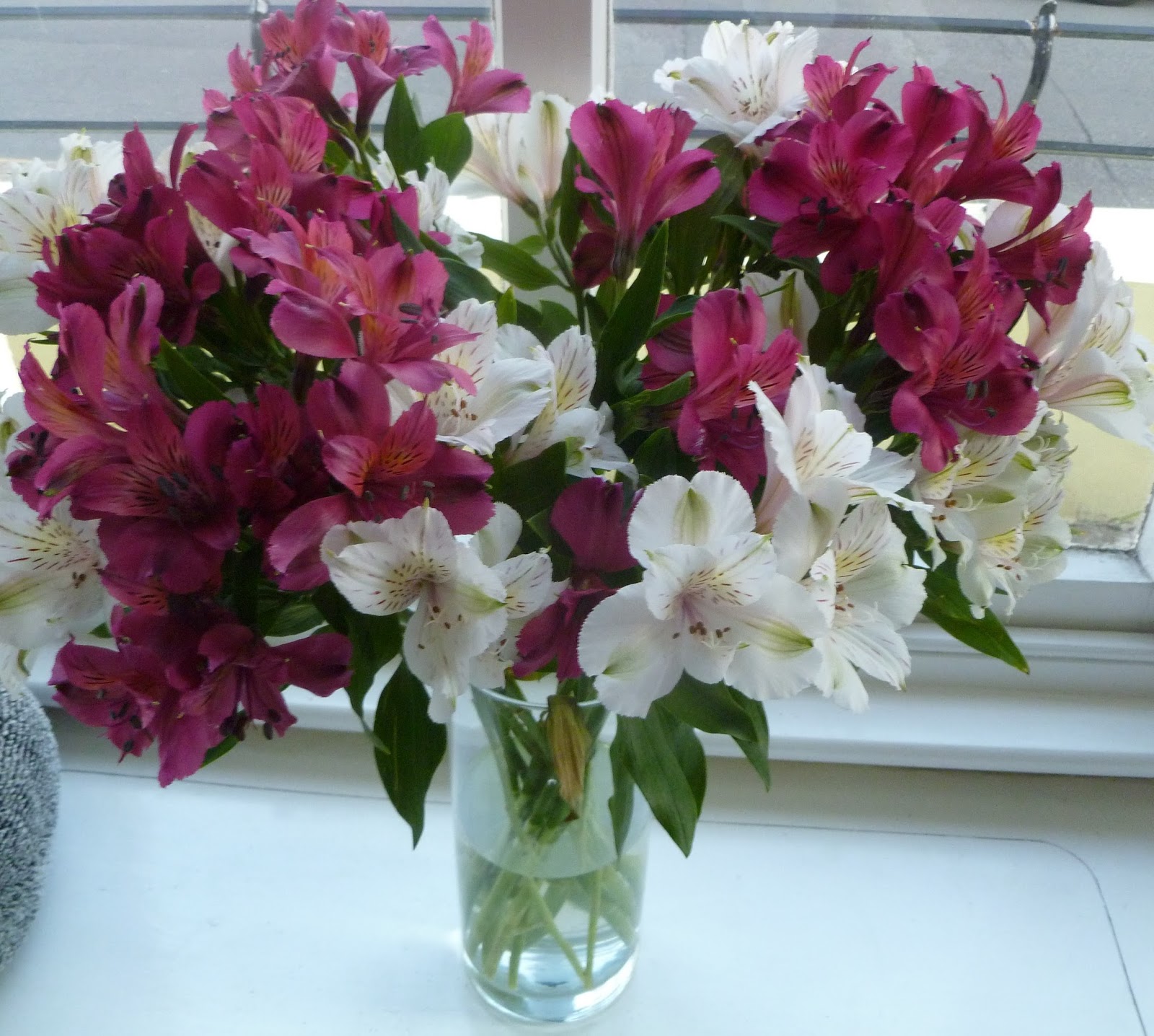 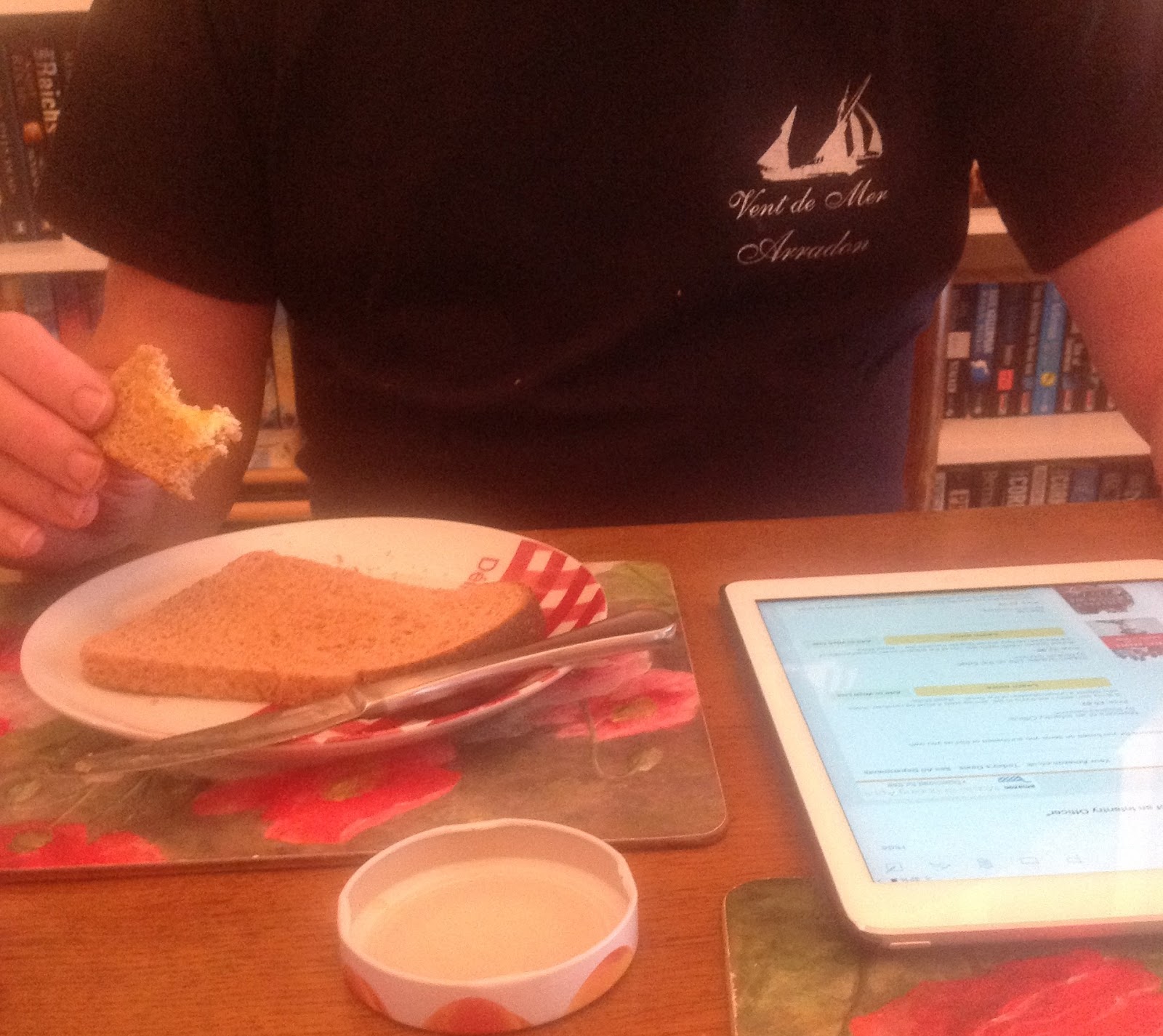 Malcolm got up and left the house with Cairis, after a quick breakfast. There was a sailing race and they were both involved. Peace:-) I started by making little videos of last night's ceilidh.

I had my online course with Vicki Hollet at 3pm, so spent most of my time pottering about the house, but I popped out to get some beautiful flowers for the window.
Tonight is M's birthday meal, although his birthday isn't until Wednesday. We always have a special dinner on the closest Sunday, so Miles can be included too. Also, if we invite friends, they don't stay too late if people have work to go to the next day:-0

New students today. One of them was the head economist for a large chain of supermarkets- he was very interesting to chat to. It is nice to teach a high-level group of adults again. The last few weeks have been teens and 1-2-1 students. We are very busy at the moment, and my boss wanted to do a review of the year at lunchtime. It was interesting to look back at our To DO list and recognise how much has already been achieved, and to determine where we go next. I love the fact that we are all involved in the decision making.

I paid Cairis to edit my website today. She is very efficient- and found lots of little errant links etc. Well worth it. It is what she would really like to do in the future, but there isn't much call for it over here. If anyone has any ideas or online links- I'd be interested in hearing from you.
The sea was beautiful on the way to work- so I stopped to take a photo for my Facebook friends. The view shows the village of St Aubin in the distance.
In the evening we had dinner in a local pub, so that I could have the evening off. 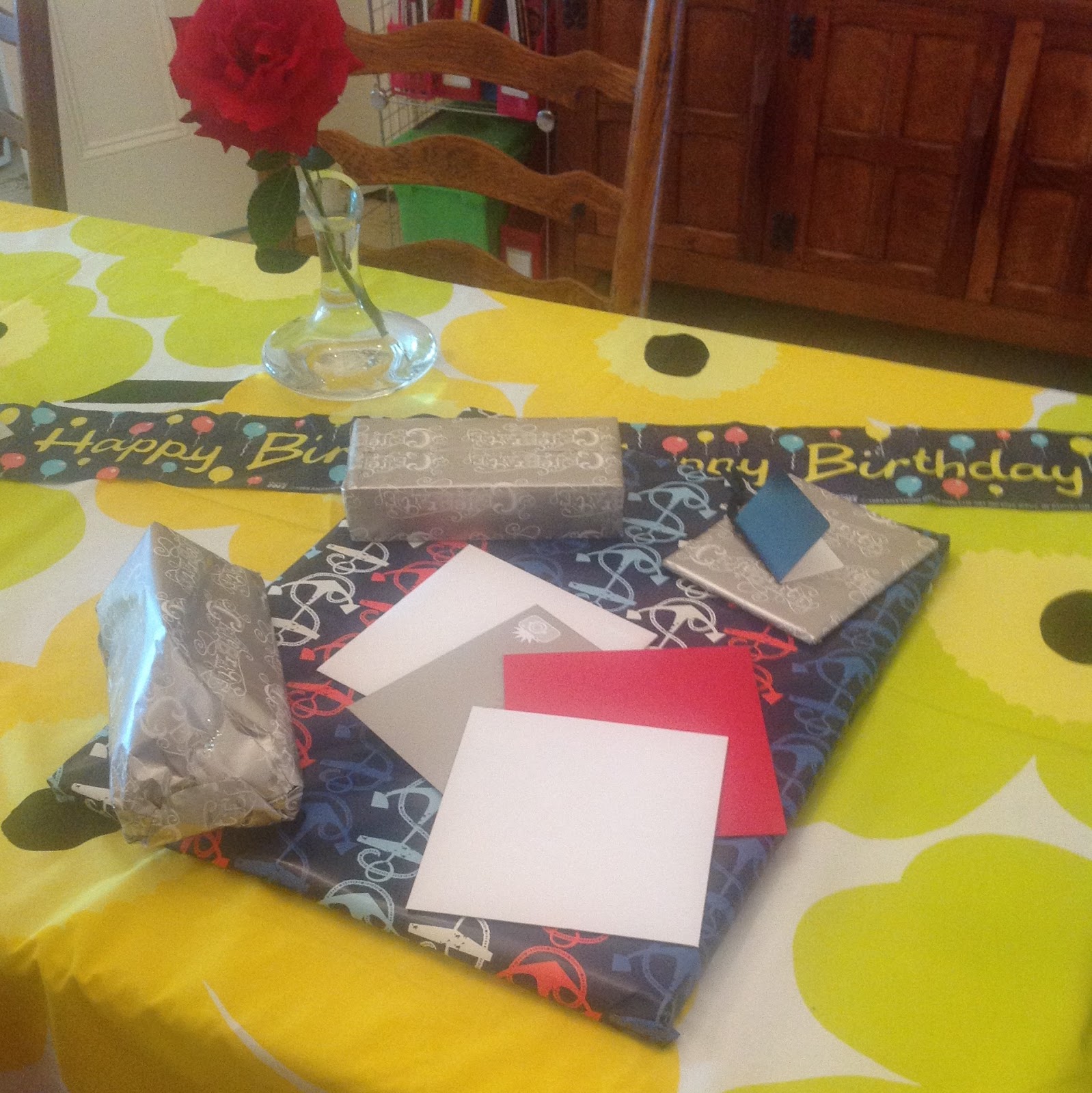 M's birthday. I got up early and set  the table with his presents and cards. I found a rose in the garden and added it to the table. Ebony was funny. She thought the picture of the cat on one of the birthday cards was a threat, and kept attacking it. What a funny sight it was. I had a session to learn about Edmodo with Russell Stannard at 6pm and then cooked a special dinner.

Today was hot- 30 degrees and high humidity. A couple of my afternoon students are at an interesting stage in life, which necessitated having a fan on in class-YES!!! We made a joke about it, but it was still a pleasure to be cool in class. The weather forecast promised a thunderstorm for later in the evening. ( In fact it did materialise- but with much lightning, little thunder and almost no rain. ) The beach looked very enticing- and a couple of my students bunked off for the afternoon so they could go there and swim. 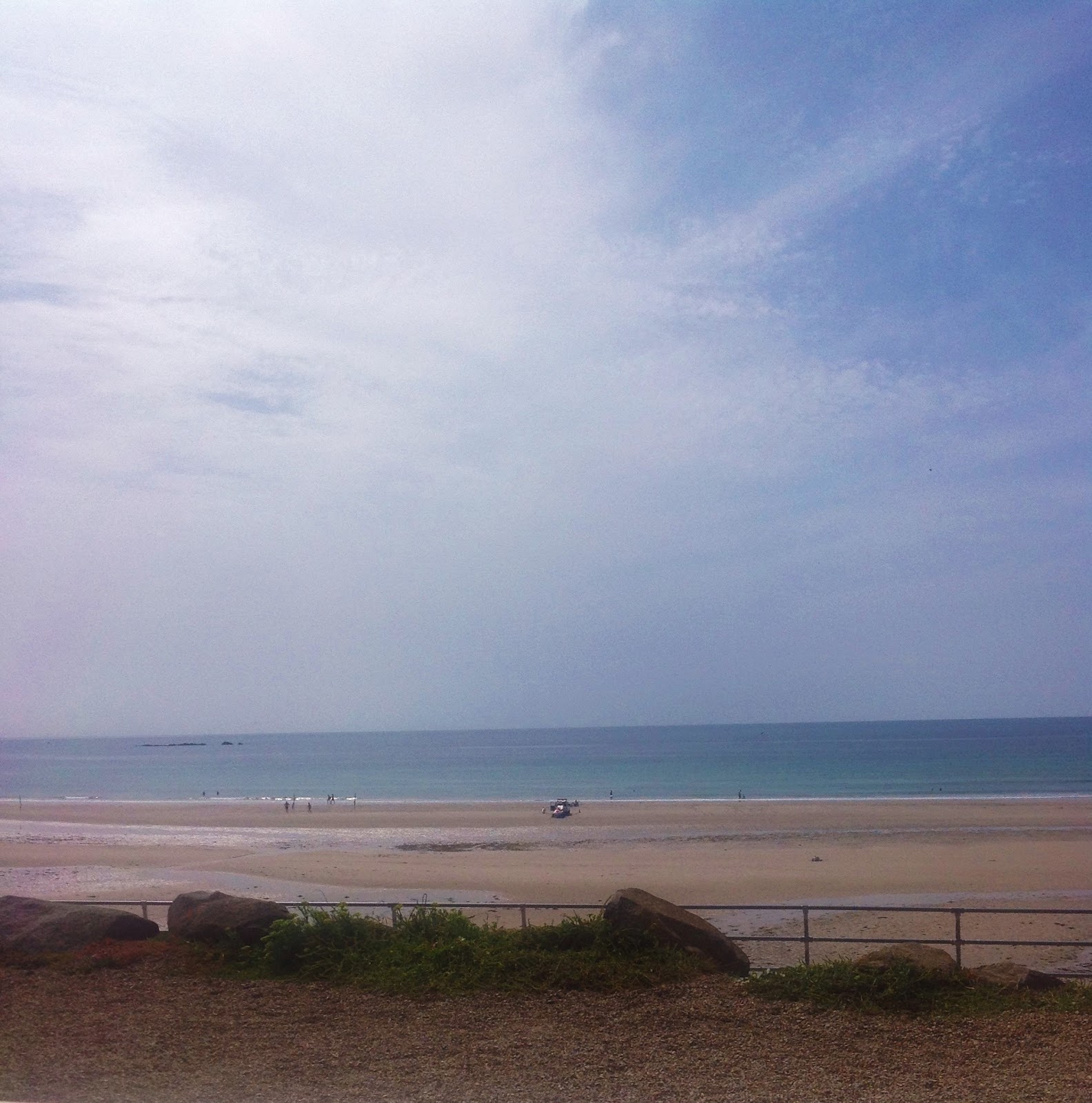 M had the car today, so he dropped me off at work and promised to pick me up later. I decided to  invite him for a late lunch. As we were already on the South West, it seemed logical to drive to the West coast for lunch. There is a lovely cafe half way along, which does great food and has views across 5 miles of beach. It was hot though, and I wasn't sitting in the shade, so I caught the sun. One day my freckles will all join together and I might have a suntan instead of looking like a lobster. In the evening we returned to the West for the pub music session. It was  nice to catch up with everyone before all the holidays start. Carl asked me to go down and help him with his computer in the morning. 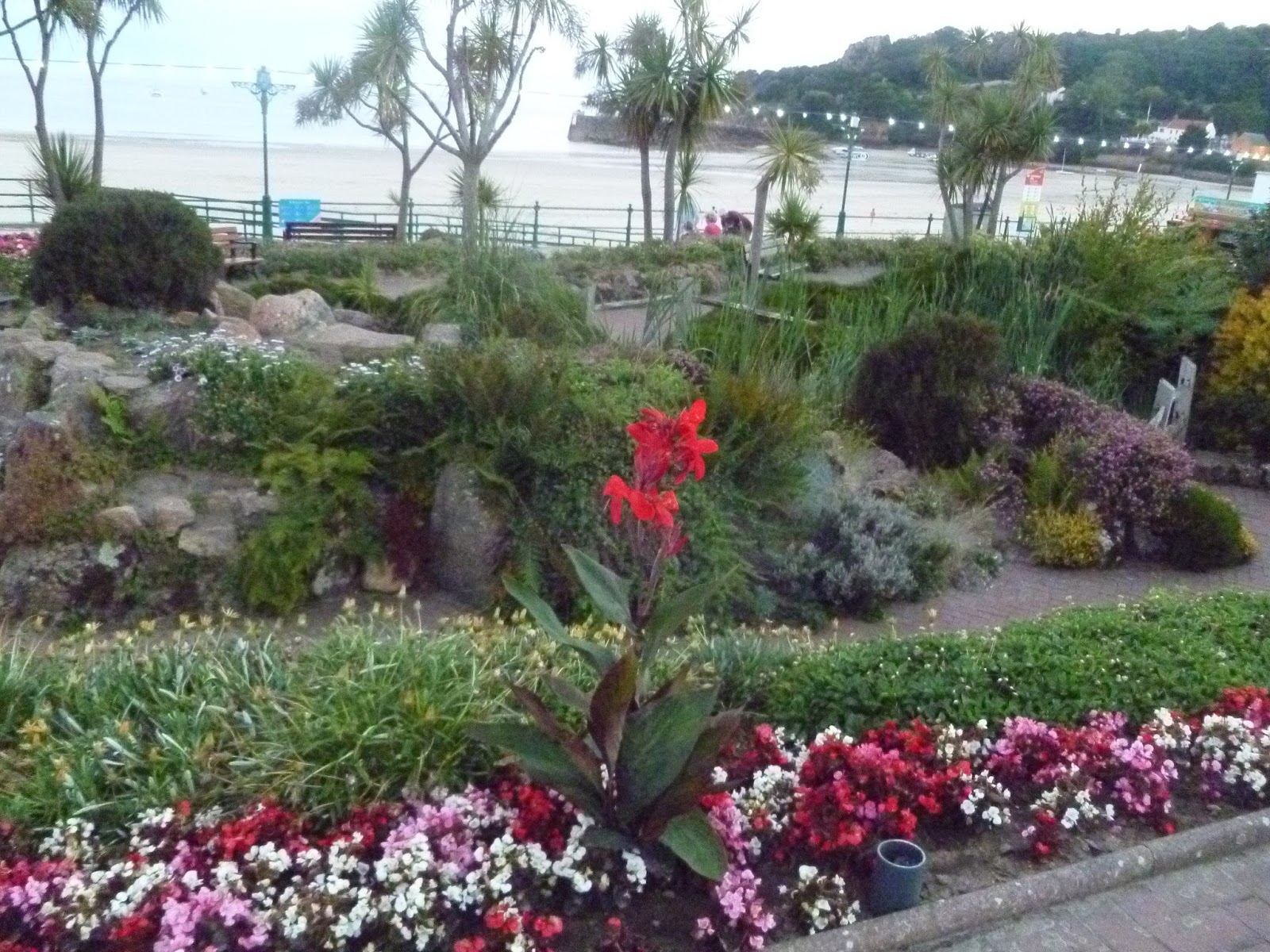 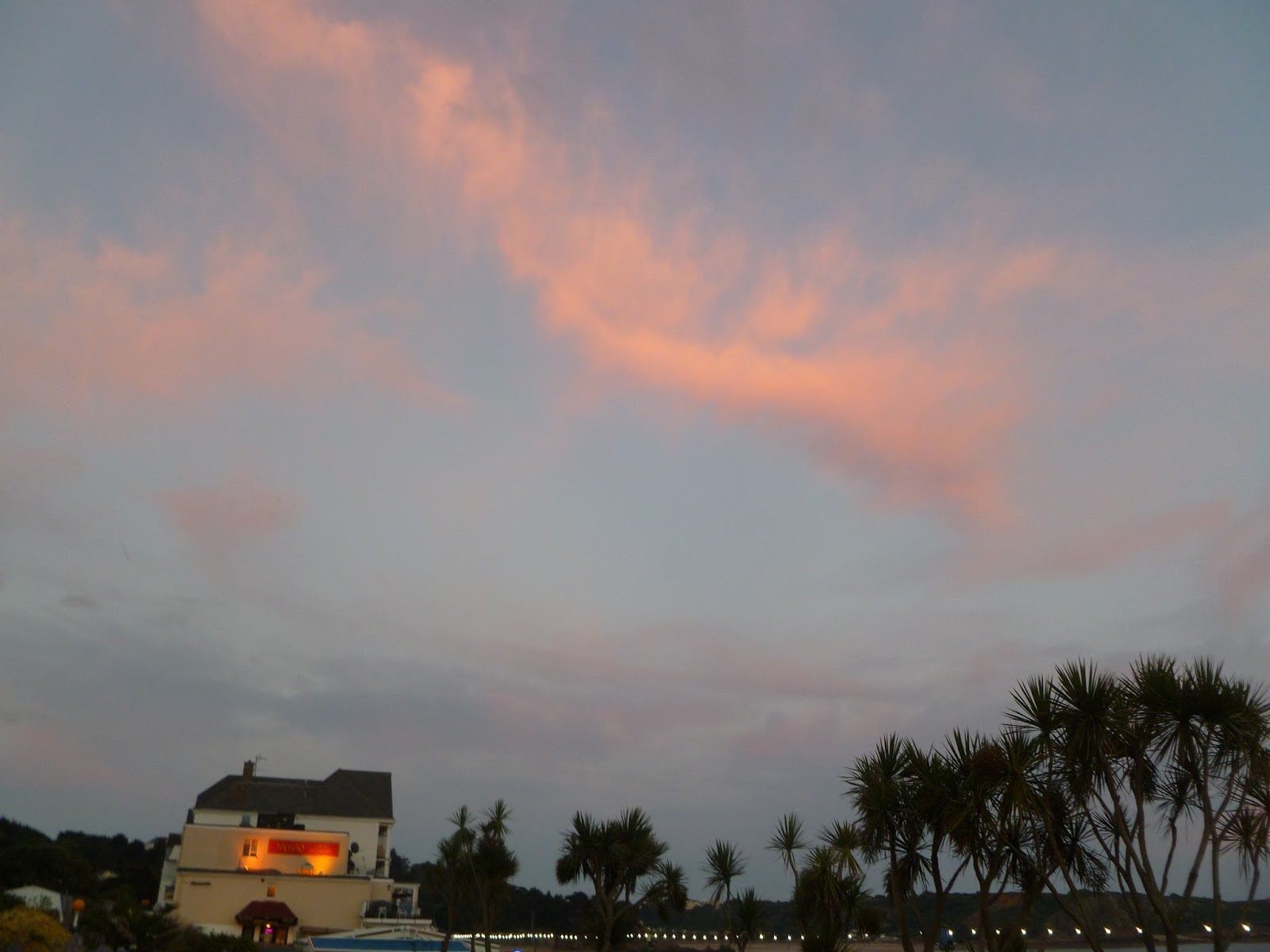 After helping Carl I spent some time doing housework. Both members of my family were out doing something, so I managed to get some work done. Ebony has decided that she doesn't mind the hoover- as long as it is me who is using it. Maisie just runs a mile. Later we drove to the Pizza Express in St Brelade's Bay for a quick bite, and walked along the gardens on the promenade before driving home. The sky promises a good day tomorrow, athough I will be inside for a lot of it- at my computer :-)